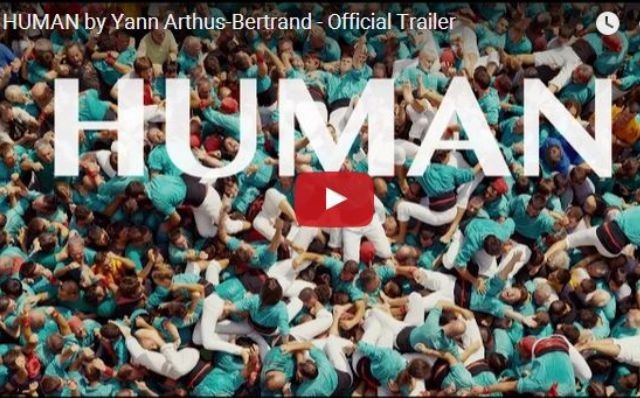 
"The beauty of the Earth creates enormous emotion, and through that emotion, you can transmit knowledge and raise consciousness."

Yann Arthus-Bertrand is a French photographer, journalist, reporter, environmentalist and activist. He is especially well known for his book Earth from Above and his film Home. His most recent venture is a powerful docu-film we are profiling called HUMAN.

In 1994, Yann Arthus-Bertrand started a thorough study on the state of the Earth sponsored by UNESCO. As part of the study, he made a picture inventory of the world's most beautiful landscapes, taken from helicopters and hot-air balloons. The book from this project, Earth from Above sold over 3 million copies and was translated into 24 languages.

In this, TED talk, Yann Arthus-Bertrand covers three of his projects on humanity and our habitat: breathtaking aerial photographs in his series The Earth From Above, personal interviews from around the globe in his web project 7 Billion Others, as well as his movie, Home, which documents human impact on the environment through amazing video.

One of his latest projects Human was screened at the UN Headquarters in New York on the 12th of September 2015 to mark Human Day. Through the collection of stories from 2000 individuals interviewed in 60 different countries, the documentary features moving moments of their daily lives. Check out the trailer below...

The main protagonists in this movie are the people, from all walks of life, that are portrayed in their vulnerability, their poor human conditions as well as moments of joy and hope. Like in many of his previous works, Yann Arthus-Bertrand invites us to reflect on the meaning of our lives, our choices and deepest convictions.

Let’s remember that regardless of our background, external wealth, status, etc... what defines us is our humanity, that very special connection and bond that brings us together universally beyond any barriers to engage in a meaningful way with each other.

How did you feel watching these videos?

[whatsapp url="https://www.legends.report/yann-arthus-bertrand-director-of-human" title="Thought you'd like this Legends Report article, it's about the man behind the docu-film about our shared humanity...." ]