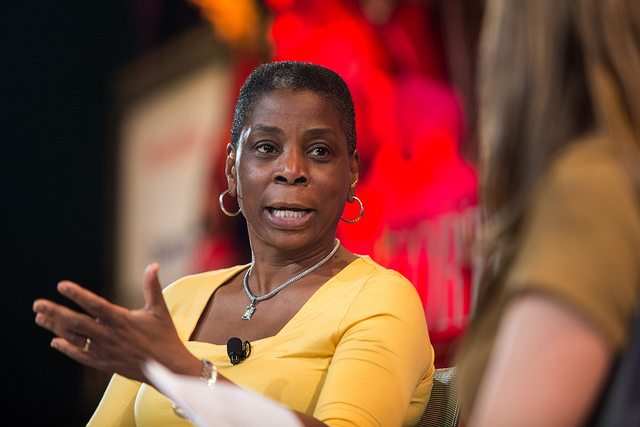 
As Tai Lopez has shown us, mentors play a vital part in helping people to become legends. Ursula Burns is the current CEO of Xerox and as we see, mentoring has played an enormous role in her success. In two videos she discusses the mentors who helped her to become CEO.

In the first video below, Burns is speaking as current CEO of Xerox. She discusses the impact of mentoring in her life; how her mum's attitude and guidance took her from an impoverished childhood to head of one of the biggest companies in the world (she became the first African-American woman to lead a Fortune 500 company as CEO). She talks about the journey from middle management and how, under then-CEO Paul Allaire, she learnt that leadership of a company was very different from being a department head. It’s clear he instilled in her the belief that she was capable of achieving far more than she thought.

This second video was filmed a few years prior to her becoming CEO, when she was in senior management and was being mentored by the then CEO Anne Mulcahy. Both women talk about how mentoring was highly influential in their journey and helped them through tough times, particularly having to balance raising a family with the demands of working in a senior position. It’s an incredibly inspiring video illustrating that who you choose to be is more important than the circumstances you grew up with.

What is clear from both these videos is how powerful and necessary mentoring can be in both a professional and personal context. Whether it’s a parent doing everything possible to help their child realise they can change their destiny, or a CEO helping the next in line to fulfill their potential, everyone needs guidance and support. No one ever rose to the top on their own. Hearing these women talk about their journeys, it's absolutely clear that without their mentors, they would not have reached their potential.

How important do you feel mentoring is?

[whatsapp url="https://www.legends.report/xerox-ceo-ursula-burns-modern-success-built-on-mentorship" title="Thought you'd like this Legends Report article, it's about the powerful impact of mentoring on becoming a top CEO." ]