Why Your Mum Was Right About Eating Your Greens... 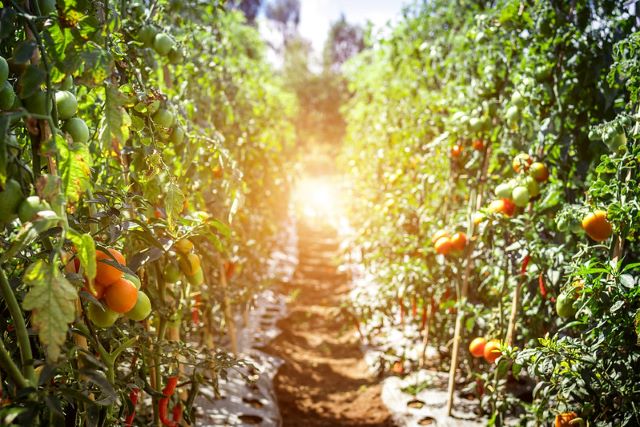 
“I’ve been a vegan for two years … I’m motivating people to do something about how we are living on this planet. We have to be about making our planet more greener, the urban areas more sustainable for the children. We can’t just talk about it, we have to be about it.”

It’s easy to feel like a drop in the ocean, that your individual decisions are simply inconsequential. But when it comes to eating meat, the tides are turning. Currently, around 14% of adults (7.2 million) in the UK are following a predominantly meat-free diet, 1.5 million of which are vegan, a number that is growing rapidly. While of course, these growing numbers are a win for activists and animals alike, it means something more; there is now a community across Britain, a support system for those considering the change.

When I became vegan in late 2016 it was a shock for those around me. Veganism was a concept very much in the periphery of most people’s lives. For myself, after growing up in a small village, connected with nature, I couldn’t in good conscience carry on my carnivorous lifestyle. I won’t lie to you, it was hard.

The first few weeks of finding my feet revolved a lot around unseasoned tofu and enough bean burgers to make jack’s beanstalk. But over the years it’s gotten easier. Recipes are more available on how to make tofu tantalise and seitan sing. But most importantly of all, there is a community.

Facebook is full of groups allowing you to link with these like-minded, environmentally-conscious people, all keen to help support you on your journey. So the real question is: why not try it?

There is a common misconception that veganism is an expensive lifestyle change. Of course, if you’re adding the new vegan Ben and Jerry's flavour every week, gorging on vegan cheese and expensive imitation meats it will add up. But it doesn’t have to.

Recent studies have shown that a mainly omnivorous meal costs on average £1.77 per person, compared to only £1.06 for the vegetable lovers. Moreover, a vegan dinner was 32% quicker to prepare than a meat-based dish.

As I mentioned, fake meats can be expensive, but they are absolutely not essential; there are plenty of cheaper sources of protein that are less processed! An easy way to add protein to a meal is through legumes such as lentils and beans, just don’t forget your seasonings!

Money isn’t the only green thing a vegan diet saves. Eating vegan means eating the vegetable and fruit that grows. Think how much livestock need to eat throughout their life- it adds up. A plant-based diet requires only one-third of the land needed to support a meat and dairy diet. In fact, to produce just one hamburger, it takes more than 600 gallons of water! That's equivalent to a month's worth of showers.

For perspective, one study found that the Beyond Burger (a vegan alternative burger) requires 99 percent less water to produce than a beef burger.

You know our environment is struggling, you don’t need me to remind you of the very real dangers of climate change. You’ve heard it, you’ve listened, and you’re probably scared. But joining the millions adopting this lifestyle helps, individual voices and choices really do matter.

Even little changes; switching your milk to a non-dairy option, implementing meat-free Monday, or switching even just one meal out can really help.

"We are, quite literally, gambling with the future of our planet - for the sake of hamburgers."

While the most recent reasons behind going vegan are environmental, it’s important to remember a vegan diet saves lives. Growing up in a village meant I was surrounded by these beautiful creatures, and it became harder and harder to disconnect the four-legged friends from my walks to what was on my plate.

I didn’t see bacon, burgers, and brisket, I saw living breathing creatures whose lives were cut tragically short. I’m not saying this to guilt you, eating meat is often cultural, it doesn’t make you a monster.

It’s just important you remember that meat is never meat.  It was a living, breathing thing, capable of so much more than ending on your plate.

For example, chickens are often dismissed as mindless creatures, but they pass down knowledge from generation to generation, they can recognize over 100 individual faces, both chickens and humans alike. In other words, they are capable of feeling, they are aware of their circumstances.

Cows take it a step further, they have been witnessed mourning the deaths of those they love. The mother/calf bond is strong, and there are countless reports of mother cows who continue to call and search frantically for their babies after the calves have been taken away and sold to veal or beef farms. While animals may feel things differently to us, that does not mean they don’t feel.

"Could you look an animal in the eyes and say to it, ‘My appetite is more important than your suffering’?”

Where To Start, Small Changes

Going cold tofurkey is not going to be easy. You don’t need to go vegan overnight (as someone who did, when fake meats were not at the standard they are today, I can confirm it was not easy!)

Small changes make all the difference. Start with simple, sustainable swaps. While I believe eating whole foods is always the best option, starting by replacing your sausages with a veggie alternative and putting soy mince in your chilli is a really great place to start. Just make sure you include a B12 supplement (or alternatively implement marmite and nutritional yeast into your meals!)

But the best way to start the change is to find your support network. Take it from someone who started their journey alone. Surrounding yourself with like-minded people makes it so much easier. See if a family member will cook with you once a week to try out new recipes, start a pot-luck with your friends, join pages that will motivate you and give advice from those that have done it before you. Help others to help yourself. There’s nothing more rewarding than being the person people come to for advice.

Whether you implement Meatless Monday, cut out dairy or just make one meal a week veggie, little things make a difference. It’s important to remember you are not alone in this, and what you do matters. As a community, as a nation, we need to change; for the environment, for the animals, and for ourselves. Once you start to open the door to the suffering behind your meals it becomes hard to close.

Once you listen to your conscience it's hard to drown it out because when you know the truth behind what you eat, it causes a bitter taste in your mouth. The numbers are rising, veganism is becoming accessible. Why not be part of the change?

Feel free to contact me using the form below and I’d be happy to help or answer any questions. We have loads of support available so just reach out on our live chat too. Your conscience will thank you and you will be healthier than you ever have been.

How To Apply this

About the Author: Georgia Nelson