Why The Westminster Terrorist Attack Was 37 Years In The Making... 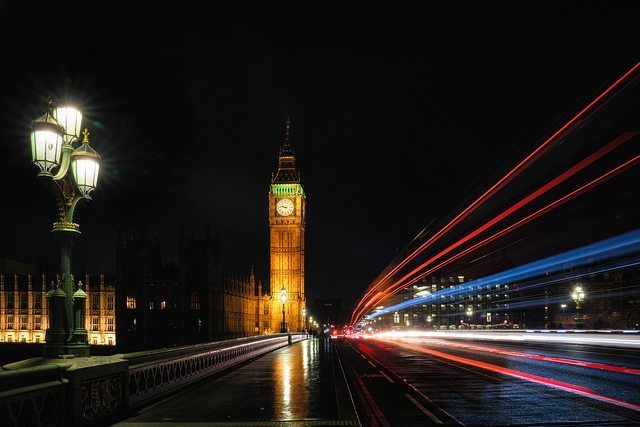 If we do not ensure that every single young person has the mentorship, care and guidance they need to become happy and healthy adults, then as a society we risk suffering the consequences in the short and long-term.

The tragic events of last week's attack on London's Westminster Bridge has meant the sad loss of five human lives. The humbling reality is that all of these deaths were preventable, mainly because the origins of this attack do not come from ISIS or religious dogma, they come from a failure of society to ensure that the next generation is supported to develop into responsible citizens.

The attacker (Khalid Masood, originally called Adrian Ajao) started life full of potential as his school-friend Kenton Till shared his experiences of knowing him when he was aged 15 years old:

"Adrian was a bloody good footballer, one of the best players in the school. He was one of those kids who was very popular. He had a big personality and everyone liked him.

He was very bright and very good at chemistry."

What does this say?

Here we have a young man full of potential with everything going for him; bright, popular and athletic. He was, by all accounts, raised in a stable family environment, but in the space of less than three years, he went from someone with a promising future to receiving his first conviction for criminal damage in 1983. Kenton Till described an incident during this pivotal period when Adrian Ajao was going off the rails;

"I remember he came to a New Year’s party at my house with a group of lads who were drunk and on something and my parents asked them to leave. After that we sort of lost touch."

Adrian Ajao's friendship group was a massive influence in how the rest of his life would play out. This begs the question as to what actually happened at this time for so much potential to be wasted. What was going on the head and heart of a young man that meant that he would make the choices he made? Where was the mentorship, guidance and care required to give him the support he needed?

Sadly, much of Adrian Ajao's adult life was spent wrestling with personal demons; getting into scrapes, committing violent attacks and serving time in jail.

A situation involving his daughter also revealed that beyond the aggression and violent nature, there was a person capable of caring when needed as a parent;

"Ajao maintained contact with his daughters especially his youngest Andi, who at the age of 16 would suffer terrible injuries when hit by a lorry as she crossed the road on her way to school in 2008. It seems remarkable – given what would happen almost a decade later on Westminster Bridge –but Ajao would spend hours at his daughter’s bedside, praying for her recovery.

One neighbour recalled: "Andi was knocked down as she ran to get the school bus and she almost died. She was severely injured and her parents had to keep a bedside vigil. She was in hospital for ages and it took her a long time to fully recover."

We may blame family, school or his peers for how this man's life turned out; but ultimately as a developed society we need to take collective responsibility for how we support the next generation through their challenges to be the best they can be.

This is certainly not for one minute to condone the actions of Khalid Masood, he committed a hideous crime. However, each time we have a young person choose (or fall into) a life of crime, terrorism and destructive behaviour, then it's a sad reminder of how we have a failed as a society. We all have a responsibility to support our young people in whatever ways we can because what happens outside our front doors affects what happens inside them.

If there had been the necessary level of support for a young Adrian Ajao and his family to support him through his challenges and enable him to fulfil more of his potential through his adult life, then he most likely would have made different decisions and we would be reading very different headlines today.

Our thoughts and deepest condolences very much remain with the victims and those affected by last week's attack.

Here's the Telegraph article with more on the life developments of Khalid Masood.

Is it mental health and depression that causes terrorism, or ISIS? Read our article here and decide for yourself...

The Peril That Is Perfectionism

How To Spread Positivity (And Not a Virus) With Minimal Effort