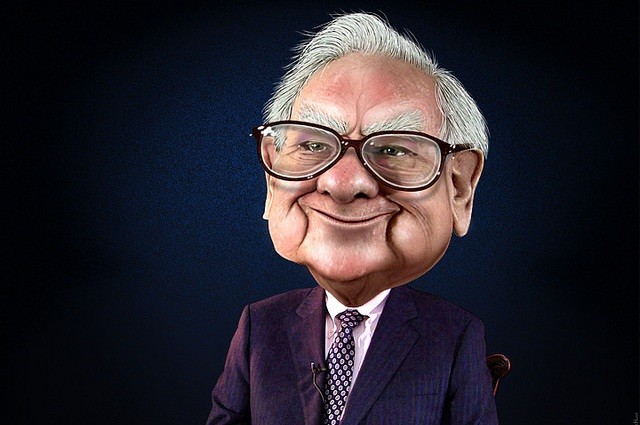 
How many people think those that have been incredibly successful owe it to being born gifted in some way? As this article demonstrates in the first of a 3 part series on Warren Buffett, his success is down to his mindset and attitude of continuous improvement on himself and working with the right people, particularly his business partner and life-long friend Charlie Munger.

Warren Buffett was certainly fortunate to have been introduced to the financial world by his stockbroker father when he was a child. However, Buffett achieved his success, not just by parental help but by following a number of fundamental rules that are common to creating the success that legends achieve.

A Mindset of Continual Learning

One in particular is his mindset to his development and his approach of continually learning new things. In fact you may be surprised to find out that Buffett spends about 80% of his time reading 500 -1000 pages a day! He once said in relation to his reading habit,

"Read 500 pages every day. That's how knowledge builds up, like compound interest.”

Yet this is only one part of his phenomenal success. What’s relatively unknown is his relationship with Charlie Munger who rarely gets into the headlines. Unsurprisingly Munger has the same thirst for learning as Buffett and says his attitude is one of,

"Go to bed smarter than when you woke up” and that “the best thing a human being can do is to help another human being know more.”

No One Achieves Success Alone

The real power of their mutual success is when the two men work together and follow one of the key fundamental rules of success known as “Synergy” - the 1+1=3 or more rule. This simply means that what is produced when people come together is greater than the individuals can produce on their own - just think how any sports team is stronger than the individual players. It’s the same in all areas of life.

As Buffett says of their relationship and why he values it so much,

"I can see, he can hear. We make a great combination….Charlie can't encounter a problem without thinking of an answer... he has the best thirty-second mind I've ever seen. I'll call him up, and within thirty seconds, he'll grasp it. He just sees things immediately.”

"I don't think any other 'twosome' in business [is] better at continuous learning than we were. And if we hadn't been continuous learners, the record wouldn't have been as good.”

As you can see from their comments - there is an enormous amount of mutual respect for each other. Both men sing from the same hymn sheet and understand that they couldn’t achieve the success they have done alone.

They understand that they both bring different skills to the table and both have the same attitude to their growth and learning! Without this, their partnership simply wouldn’t produce at the levels that it does.

Think how many relationships break down because people have different attitudes and perspectives. Legends understand that no matter how great they are on their own they are always limited. Therefore they need to build partnerships for success and they know this requires constant work from all parties for it to be sustainable. They are willing to do this groundwork that takes time and effort, when many others go for quick fix solutions!

To read more on Warren and Charlie, click here.

Does it surprise you to learn that Warren Buffett relies so closely on Charlie Munger? Has it opened your eyes to the fact that long-term success is never achieved alone?

[whatsapp url="https://www.legends.report/why-the-richest-investor-in-the-world-owes-his-success-to-his-best-friend-part-1" title="Thought you'd like this Legends Report article, it's about the principles behind Warren Buffett's long lasting success...]