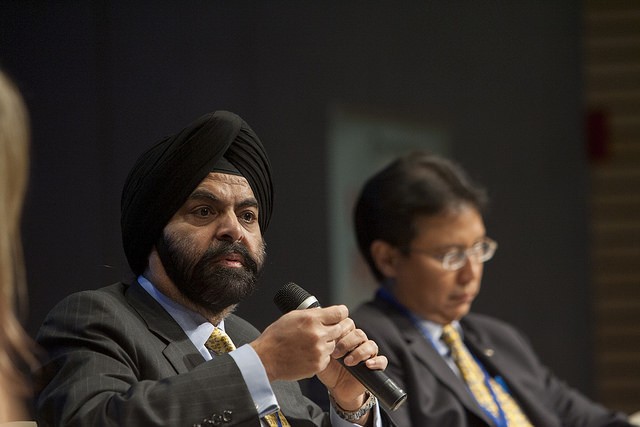 Ajay Banga - CEO of credit card giant, Mastercard has certainly had his fair share of difficult situations and he provides a powerful example of how a leader should deal with them.

In this video, Mr Banga who wears a turban as part of the Sikh religion, discusses how he dealt with the challenges of looking different to most top CEOs:

“Get comfortable in your skin and have confidence in yourself as compared to worrying about what the other person is thinking about you.”

He recalls some of the abuse he received from the American public after 9/11 when he was living in New York and how he refused to hide from this. Instead he discusses how this turned into an opportunity with his boss and why he didn’t take the easy way out…

What Can We Learn From Ajay Banga?

Legends know that they will come up against obstacles and adversity. What makes them legends is their attitude to these challenges.

Ajay’s attitude to his challenges is a great example of choosing to respond to a situation that was clearly unfair. How many people would have taken the car and used the company jet when faced with verbal abuse on the street? Many would have completely understood if he chose this option.

Instead, Ajay knew that he would be hiding from the problem, which never solves anything. He was comfortable with who he was and he provides a great example of the principle of choosing how to respond to a situation rather than reacting based on fear or past experiences. When we react to something, we rarely choose the best option, something that legends need to be able to do!

[interaction id="566feeb99fd14ce8302f7aee"] [whatsapp url="https://www.legends.report/why-the-mastercard-ceo-didnt-take-the-company-jet-after-racist-abuse" title="Thought you'd like this Legends Report article, it's about having choice in our response to challenges...]