“Having talent means that one can do better.”
― Antoine Albalat; French Writer

“Your daughter has potential but is not talented enough to go to university. We strongly discourage any university path for her, as she might find herself in difficulty in comparison to her peers.”

This was the first time the word ‘talent’ came into my life. I had already heard of it when talking about geniuses of the past and sometimes the present, who were able to single-handedly change the destiny of their dedicated field, but the word never had touched me so closely. When my high school’s professors told my mother that I wasn’t talented enough to attend university, my first reaction was disbelief. Yes, for sure I wasn’t the best student: I was, we could say, an average performer. People who are extraordinarily inclined in an activity exist, but that doesn’t mean that they are the only ones who should be supported and cheered on.

Today, with a Bachelor's degree in hand and a Masters degree in the making, I strongly believe that we, as a society, should stop talking about ‘talent’.

The Idea of Talent As a ‘Natural Gift’ Kills Real Potential.


The word “talent” can have different nuances. It may refer to an inclination towards something, or it can be linked to the idea of a ‘birth gift’, as an ability we have since our first day on earth. If that were to be true, it would imply that some people can excel in something without putting any effort into it. Experts investigating this topic in modern days believe that putting too much focus on talent is actually affecting our society and people's overall performance.

Dr Trabucchi Pietro, an Italian sports’ psychologist who specializes in endurance disciplines, explains why we should stop talking about talent in his book ‘Techniques of Inner Resistance’ (Tecniche di Resistenza Interiore, 2014, Mondadori).

“This is a topic I often discuss with coaches: never explain to athletes their achievements in terms of talent, because it is a gift athletes do not have any real control on. If they get used to reading their accomplishments exclusively in terms of talent, in front of the first failure they might feel powerless. If talent has gone, no one can do anything about it.” 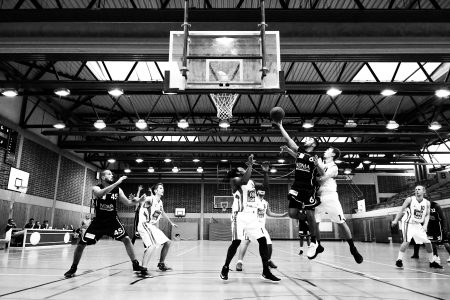 Are We Born Champions, Or Do We Become Champions?
Violin Students In Comparison To Mozart - How The Ten Thousand Hours Theory Was Created

So, does talent really exist? In his attempt to answer the question Dr Trabucchi quotes one of the greatest researchers on the topic, Dr Anders Ericsson from Florida State University. Through his studies, Dr Ericsson tried to prove that what makes the difference between an average performer and an excellent one is the training they undergo. The American professor is best known for his theory of “ten thousand hours”, which describes the amount of deliberate practice measured in time reached by performers who are considered outstanding. To demonstrate his theory the professor compared different groups of violin students from The Elite Music Academy of Berlin. He divided the students into three categories: the first group was formed of “highly talented” pupils who had a possibly brilliant future career as a soloist, the second group were students that were deemed "good" despite not being on par with the first, and the third and last group was formed by those students who were thought to be unable to aspire to a career in music.

Dr Ericsson calculated the hours of practice of the students for each group and the results were impressive. Every pupil of the first group had a minimum of ten thousand hours of practice by the age of 20, while the third had, at the same age, only four thousand.

Dr Ericsson’s theory has also been applied to studying geniuses of the past. The psychologist Michael Howe in his book ‘Genius Explained’ (1999), analysed Wolfgang Amadeus Mozart's childhood and confirms that ‘by the standards of mature composers, Mozart’s early works are not outstanding”.

In the introduction of the book, Mr Howe explains how all the ‘talent’ of Mozart was in reality the outcome of the hard training his father planned out for him and the sister. Mozart composed his first masterpiece, Concerto n.9 K 271, at the age of 21 after he had worked on it for a decade. By that time the young composer had surpassed the 10,000 hours of practice by a significant margin.

While it is true that Mozart as a boy had a significant inclination for music, as proved by his outstanding memory for musical pieces, both Dr Trabucchi and Mr Howe agree on the idea that without the practice he undertook he would probably have just been a modest musician. 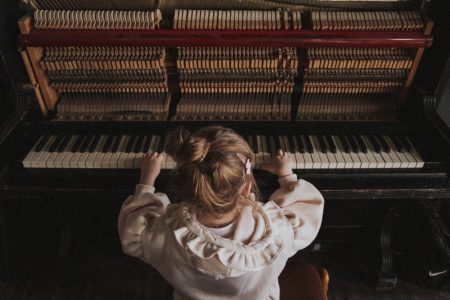 In his book Dr Trabucchi explains how, believing in talent or not, determines in itself a particular outcome. In an effect he named ‘alibi of talent’, the people who don’t put effort into improving an ability, justify their passiveness through the belief of lacking natural skills: “The very thought of having a talent or not in itself already determines a certain kind of fate” - explains the author. People who share this mindset simply believe that if there is someone at fault, it is Mother Nature who hasn’t granted them any kind of ability.

While it is true that natural inclinations help, especially in the first steps of the learning process, even those who are labelled as ‘talented’ need training to become excellent. Being tall has benefits in basketball, this is a fact, but height alone doesn't make an international player in the NBA. The athlete still needs to learn how to calibrate the perfect shot considering his positioning, adversaries and rules of the game. An example reported by Dr Ericsson himself is the one of MBA player Ray Allen. The player often complains about people saying he was blessed with the jump shot he does so effortlessly:

“When people say God blessed me with a beautiful jump shot, it really pisses me off. I tell those people, ‘Don’t undermine the work I’ve put in every day.’ Not some days. Every day.”

It is time we learn to put this self-victimisation to an end and realise that everyone needs to undergo training to be outstanding.

“If You Wish To Become Significantly Better At Something, You Can.” ― Dr. A. Ericsson, Psychologist

So how can we engage in deliberate practice and improve something we can admit we are not the best at? Dr Ericsson suggests designing a type of training that requires the conscious participation of the performer. For example, it is a great exercise for an artist to copy an object in front of them, but while doing so they should pay attention to the characteristics of the said object before attempting to reproduce it by memory. This kind of practice allows the artist to consciously learn something from it, might that be proportions, lightning or perspective.

The American professor also suggests how to improve in the work environment. He advises us to identify the characteristics which determine good performance in a job and try to find a way to measure them. Next we should compare our abilities to those of people who perform better in those aspects. What can we do to improve? Should we catch up in terms of knowledge or should we improve our interpersonal skills? Either way being able to measure and recognise what we lack, is the first step to self-improvement. Establishing a specific goal while being aware of which aspects of ourselves we want to improve is, according to the professor, the only way to create effective tailored training.

Another thing to bear in mind is how to find and maintain the motivation that drives a person to do better. According to Dr Ericsson the best way to stay motivated is to be surrounded by people who are equally interested in the field and who therefore understand the importance and priority of practice.

“Talent Is Only A Starting Point” ― Irving Berlin, American Composer

Despite the fears my high-school teachers instilled in my mum, I enrolled for a BA in languages.  It turns out I wasn't great. I had met students who had already studied languages in high school and had no issues following three classes of a medium-high level. I felt out of place sometimes, however, I could still see my improvements day by day, and that alone was enough to keep me going. I made sure to practice every day in both comprehension and speaking exercises and to attend a good number of clubs after class. By the end of my three-year degree, I had reached my peers in terms of skills. Despite being on the same page in terms of marks, I kept considering my classmates ahead of me because they had started learning languages a couple of years earlier than I had. It turns out, I was wrong...

While chatting with some exchange students during one of the last days of class, I realised I was better at communicating with them because I had been teaching myself to think directly in their language. My classmates, on the other hand, had to go through their native tongue first, which made the conversation painfully difficult.

Their predisposition for languages was not enough for maintaining full control over the foreign languages spoken. Their natural inclination should have been accompanied with constant practice suited for their level of expertise.

Probably, if they had attended extra classes, they would have been still ahead of me in terms of skills. This is the harsh truth of excellence: regardless of the possible presence of ‘talent’, it can only be achieved with determined effort and daily practice.

Sources:
A. Ericsson's study: The Role of Deliberate Practice in the Acquisition of Expert Performance
M. Howe's: Genius explained Extract