Skip to content
Why Is Arianna Huffington The World’s Best Networker?

Why Is Arianna Huffington The World's Best Networker? 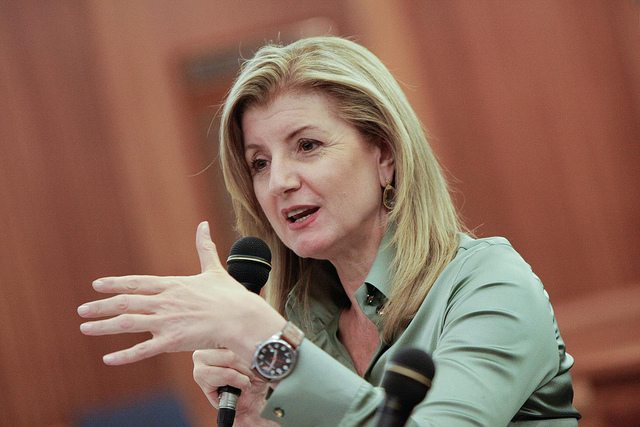 
Arianna Huffington has been referred to as the world's best networker. She started the world-famous blog, Huffington Post with next to nothing in 2005 and grew it to the place where it was sold to AOL in 2011 for $315 million (£190 million) whilst retaining full editorial control.

She is connected to some of the world's most wealthy and powerful figures across the globe; everyone from President Barack Obama to Oprah Winfrey and the Dalai Lama. Her book launch in 2014, (whose guest list included royalty) was held in Downing Street, and hosted by the Chancellor of the Exchequer, George Osbourne.  So ...what pieces of advice does Ms Huffington offer to those looking to expand their network?

It Starts With Wanting To Give

Ms Huffington has benefitted massively from what she has received due to her investment in people; but at the heart of it is the fact that she has been giving with the intention to give, rather than insisting on receiving anything in return first. Her attitude to giving, has made all the difference - it is a trait that she learnt from her mother, and one we can develop in ourselves.

“After we accept that we have everything we need, networking becomes about making personal connections. People who are the best networkers have no sense of hierarchy - they will treat the check-out clerk in the same way as everyone else.”

The reason Arianna Huffington has successfully built her network, is due to the way she sees people and relationships. She values connecting with human beings, rather than rating their position in society. For example, when meeting the journalist Bryony Gordon from the Daily Telegraph, she prepared five pages of research, that enabled her to understand the person she was about to speak to!

Help Your Network To Learn From Your Mistakes

“I’m normally very open with my close friends and close colleagues, and I want them to be open with me because we are all part of the same tribe and we need to support each other. I tell all our editors [at The Huffington Post] that if there’s a problem in their life, if their child is sick or they’re having trouble with their marriage, you know, tell us. Don’t try and power through.”

In spite of her public success, Ms Huffington has faced incredibly challenging situations personally and professionally, but has used these to learn and grow. She worked herself to exhaustion back in 2007 to the point where she collapsed at home, and her daughter was hospitalised after a drug overdose. She has however used both experiences to help her create more balance in her life, and strengthen her relationships. In view of her experiences, Ms Huffington is now actively helping others to learn from mistakes.

You can read more about Arianna Huffington's tips and the challenges she has overcome in this Huffington Post article and this Daily Telegraph article.