Skip to content
Why Is Angela Ahrendts Excelling at Apple?

Why Is Angela Ahrendts Excelling at Apple? 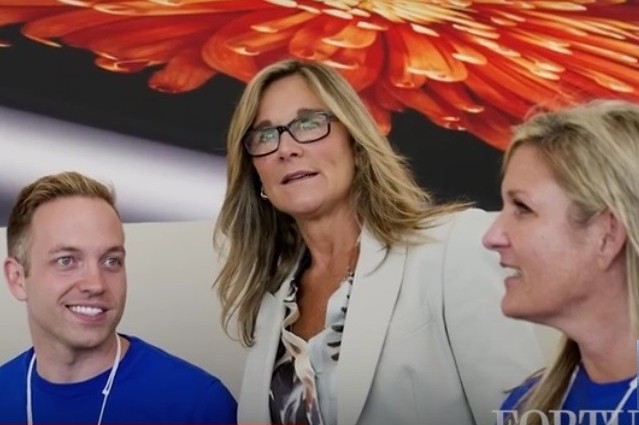 
“The more technologically advanced our society becomes, the more we need to go back to the basic fundamentals of human communication.”

In May 2014, Angela Ahrendts left her role as the CEO of Burberry to become the Senior Vice President of Retail and Online Stores at Apple. In September she was interviewed by Fortune Magazine to understand more about her approach to the new role and assess her progress so far.

Diagnose Before You Prescribe...

“It is better to remain silent and be thought a fool than to open your mouth and relieve them of all doubt.”

This was a quote that Angela’s father shared with her when she was growing up. In her first six months it became a mantra reminding her of the way she wanted to approach the start of her Apple career. How tempting it must’ve been to try to make an immediate impact in a new role through making changes straight away!

Less patience and willingness to understand was shown by her predecessor and led to his departure after only five months. His unpopular changes focused more on cost cutting than people and damaged the leadership’s relationship with their 60,000 retail staff. The extent to which the principle of empathy is practiced, is the degree to which people feel valued and understood.

“If you’re going to employ people anyway, why not make them the differentiator? They’re not a commodity.”

Angela Ahrendts has been able to improve the relationship with retail staff because of making the effort to understand their day-to-day reality through more than 100 store visits. She also reads and responds to every improvement or complaint shared via an internal app. She records and distributes a short weekly ‘game plan’ video that keeps employees in the loop with the company’s strategy. These are simple things, but they’ve made all the difference; legends care about the small things because they see how important they are in making up the bigger picture. Here's more on her approach at Apple:

It is because of Angela Ahrendts’ belief in the potential of people and her willingness to empathise, that she is able to motivate and inspire the Apple workforce in their stores across the globe. Here’s the Fortune article which includes more about her time at Apple so far.