Skip to content
Why Has Great Britain Dominated Cycling At The Olympics?

Why Has Great Britain Dominated Cycling At The Olympics? 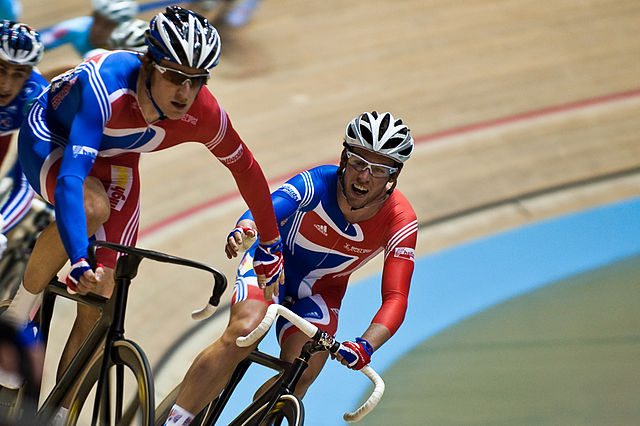 
Great Britain has continued to dominate on the cycling track at the Rio Olympics. This has, however, been a relatively recent phenomenon - Great Britain has won more gold medals in the last 3 Olympic Games than the previous 25 in cycling! So what has been the reason, for this transformation in performance and results?

One of the biggest instigators of Great Britain's cycling success has been the former Performance Director; Dave Brailsford. He has revealed what it's taken, to achieve the level of success they have reached.

The Law of Marginal Gains

"The whole principle came from the idea that if you broke down everything you could think of that goes into riding a bike, and then improved it by 1%, you will get a significant increase when you put them all together."

Dave Brailsford and his team have been ruthless in seeking ways to optimise the performance of British cyclists, since he took over this role in 2003. This has meant they have examined every possible way to prepare, in the best possible way. In an interview in 2012 with BBC Sport, he explained what this meant practically and the level of detail they went into...

"There's fitness and conditioning, of course, but there are other things that might seem on the periphery, like sleeping in the right position, having the same pillow when you are away and training in different places.

Do you really know how to clean your hands? Without leaving the bits between your fingers?

If you do things like that properly, you will get ill a little bit less.

They're tiny things but if you clump them together it makes a big difference."

Bring Together And Learn From The Best

In line with their quest for world-class success, the British Cycling team have actively sought help from leading professionals inside and outside of the sport. They have brought together the best coaches, nutritionists, sports scientists, bike technicians and psychologists in a way that has brought sustained success. They have also talked to leading professionals in other fields; the idea of using the same pillow when travelling came from the Royal Ballet and prioritising hygiene, was from conversations with surgeons. The team's psychologist; Steve Peters, was recruited from working in a high-security hospital.

Steve Peters' influence has been felt by the cyclists he has worked with;

"Steve Peters has a saying, 'You have to be somewhere between exceptional and phenomenal.' That's tough. It's difficult to maintain those standards. Chris Hoy manages it but I found it hard."

Each Rider Needs To Have a Burning Desire To Improve

Although Dave Brailsford and his team put everything in place to help each athlete to succeed, he acknowledges that each individual needs to motivate themselves, rather than rely on others. When asked what he looks for in his riders he said;

"You have to work out, is this athlete intrinsically driven? Is there that burning desire inside them, to continue to compete, to continue to improve, to continue to go through all the pain and the hard work, the nutrition, the lifestyle, the sacrifices you have to make. If you look at all the great champions … it's not to do with anyone outside, it's what's inside them, they're special in that respect. And if you haven't got that, it doesn't matter how much talent you've got, you're never going to get sustained success."

This point was reinforced by one of the team's star performers;

"It's hard to explain what makes the team so special. It's all of it, the science, the training, the coaches, but most of all we point the mirror at ourselves and ask 'how can we get better?'"

Great Britain has dominated cycling because they have brought together committed athletes, leading experts, and  together they have pioneered ways to optimise performance. Although Dave Brailsford, Steve Peters and star cyclists have moved on since 2012, the culture of success has been maintained, which shows the lasting impact that these individuals have had on the team. True legends look to leave a legacy that goes beyond their direct involvement, by inspiring the next generation of leaders.

Here's more on how a 1% difference could make a massive improvement in your life...

For more on British Cycling check out BBC Sport and The Independent.