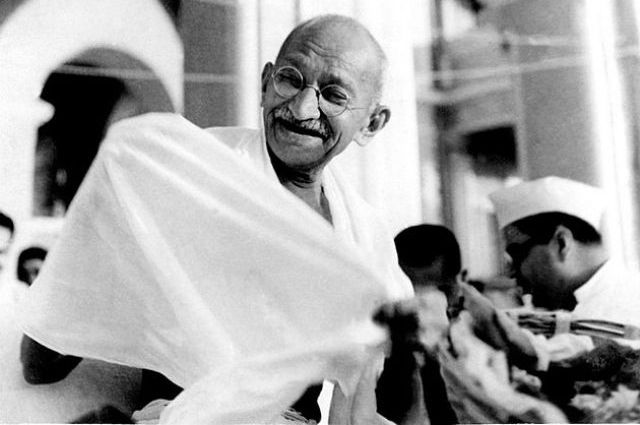 Have you ever tried giving something up that you really enjoy but that you know isn’t good for you? Maybe sleeping in too much, eating junk food, or watching a lot of TV. Developing the discipline to overcome our bad habits to improve ourselves can be a big challenge, even for the best of us.

Think of Gandhi, a man who brought the British Empire to its knees by leading non-violent protests in India for decades. Gandhi sounds like someone who didn’t lack any discipline at all, but he had to work on this aspect of his character constantly throughout his life, as this wonderful little story shows...

A woman in India was upset that her son was eating too much sugar. No matter how much she chided him, he continued to satisfy his sweet tooth.

Totally frustrated, she decided to take her son to see his great hero Mahatma Gandhi.

She approached the great leader respectfully and said,

"Sir, my son eats too much sugar. It is not good for his health. Would you please advise him to stop eating it?"

Gandhi listened to the woman carefully, turned and spoke to her son,

"Go home and come back in two weeks."

The woman looked perplexed and wondered why he had not asked the boy to stop eating sugar. She took the boy by the hand and went home.

Two weeks later she returned, boy in hand. Gandhi motioned for them to come forward. He looked directly at the boy and said,

"Boy, you should stop eating sugar. It is not good for your health."

The boy nodded and promised he would not continue this habit any longer.

The boy’s mother turned to Gandhi and asked,

"Why didn’t you tell him that two weeks ago when I brought him here to see you?"

"Mother, two weeks ago I was still eating sugar myself."

Gandhi was a man of high integrity so he practiced what he preached. We've seen time and time again, from legends like Steve Jobs, Bruce Lee, Usain Bolt and others, that self-control and self-mastery lies at the core of so much of what a true legend achieves in their lives. Gandhi was able to win the trust of around 350 million people primarily because of his integrity, his moral strength and his self-discipline. It is so crucial we develop more of this in ourselves in order to legitimately lead ourselves and others towards our goals.

Thank you to Pete Reilly for the story extract