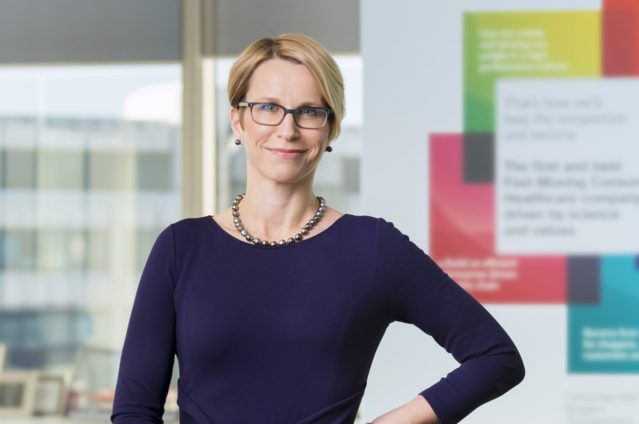 
This week it was announced that in April 2017, Emma Walmsley will take over as the new CEO of GlaxoSmithKline (GSK); the global pharmaceutical company. GSK is the third biggest company in the FTSE 100 which means Ms Walmsley will be leading an organisation with 100,000 employees, operating in 150 countries and which generated more than £20 billion in revenue last year.

So what lessons can we learn from the latest woman to smash through the so-called glass ceiling?

She Has Delivered Results

She has thrived in her current role leading GSK’s consumer healthcare business, which has involved striking a deal with another pharmaceutical business; Novartis and doubling sales of Sensodyne to £1 billion. She was offered this opportunity having met Andrew Witty; the CEO of GSK as she had impressed him with her performance in China, working for L'Oreal. Ultimately she sees her ability is more important than her gender, as she was selected for the role ahead of male candidates. On the announcement of her appointment she said,

This has been recognised by GSK's Chairman Sir Philip Hampton who said,

“Emma is an outstanding leader with highly valuable experience of building and running major global businesses and a strong track record of delivering growth and driving performance in healthcare.”

She Is Aware of Her Responsibility As a Leader & Parent

Emma Walmsley has four children, and this very much sits at the heart of her motivation to be the best she can be. She sees that she has the opportunity to be a positive role model not only for her colleagues, but also for equally ambitious women keen to break through the glass ceiling, and indeed for her own children as well,

"We all have a responsibility to be role models to inspire our daughters to stay ambitious, to aim high and to dream big. I was lucky enough to be supported through four maternity leaves, which also made a big difference and has taught me to remember to support young talent...

I know my children are fine with us doing our best as parents. They are proud of their mum and though she is on a plane a lot, she makes as many school plays, matches and parent evenings as she can."

She Has Faced Her Own Self-Doubt & Insecurities

On being offered her current role at GSK, Ms Walmsley went through a week-long process of questioning whether she was up to the role. She felt that it was unfair on her previous employer and family and also doubted whether she deserved the opportunity. The questions she asked herself were...

"Am I really qualified?"

"Why should my career take precedence again?"

"How could a mum and wife take on something so big?"

The process of questioning and then excelling in her current role has prepared her for her new challenge. Her husband has also been supportive in this process,

"But as my brilliant husband pointed out quickly: the huge opportunity was in the challenge. That was exactly why I should lean in. Everything was manageable between us. He also gently reminded me that in our 17 years together, every time I’d taken a new role I had constantly told him it was too big for me and then managed fine. People regret far more what they don’t do rather than what they do."

She Actively Seeks Out Inspiring Leaders

In a recorded interview for the GSK site, she shared the names of those she has learnt from throughout her career.

What's clear is she draws her inspiration from many sources; top CEOs, her peers, the people she leads, those from other cultures and inspiring role models from other industries like Jack Ma and Sheryl Sandberg.

Leadership Doesn't Depend on Gender

Emma Walmsley is living proof that a leader can rise to the top of global organisations regardless of gender. If you were inspired by her example as a leading female executive, then you'll probably want to learn more about the inspiring examples of Sheryl Sandberg and Angela Ahrendts.

There's more about Emma Walmsley in these articles by the Daily Mail, Guardian and Sheryl Sandberg's LeanIn site.