Why a Billionaire Helps Charities Rather Than Playing Golf Every Day 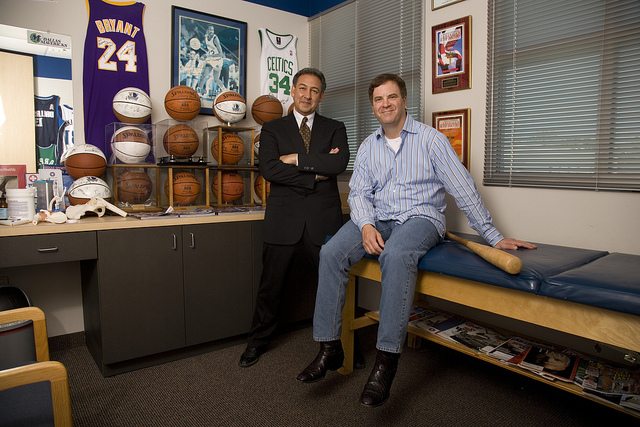 
How many of us have thought 'I want to make a difference, I just need to make money for myself and then I can help'?

Todd Wagner (the ex-business partner of fellow billionaire Mark Cuban) had a similar question in his mind when he became a billionaire after selling his share of their company, Broadcast.com to Yahoo for $5.7 billion.

However while he was now more wealthy than most people could imagine, he found that there was much greater fulfillment in actively helping charities with their problems rather than just handing out cheques.

While important, money is just a resource. Other resources such as human expertise and knowledge are often just as vital to make anything a success. Mr Wagner realised that by just asking for money, most charities were being very ineffective and not keeping up with the times. He found they still relied on traditional mediums of communication to connect with those who cared about their cause. He says;

“I increasingly had the realisation that, just like in my other businesses, we have to figure out how to go digital...but charities wanted me to write that $10,000 check. When you’re an entrepreneur, that can be a bit frustrating...”

Using His Knowledge To Take Action

So instead of doing nothing, Mr Wagner took action. He used his knowledge of broadcasting and digital media to create the The Charity Network. This is a for-profit business that helps charities to communicate and raise money using digital tools. It gives 80% of money raised to charity. So far they’ve raised more than $200 million for 3,000 non-profits.

His Attitude and Passion Drives His Work

When asked in an interview why he was working so hard and not playing golf, when he didn’t have to work ever again, Mr Wagner described his mindset:

“This is very much more than a passion or hobby... This is easily the hardest I’ve worked since Broadcast.com. I could [play golf every day], but I really felt obligated to try and give back. I got very lucky. What Mark [Cuban] and I did was lightning in a bottle. A unicorn [a billionaire dollar tech company] doesn’t happen often, and it happened to me at a very young age. I felt success was something to be proud of, but I had a lot of advantages that other folks don’t. To the extent that I can do my part to level the playing field in some way, that’s the best I can do.”

Like other wealthy philanthropists, Mr Wagner is using his expertise and money to make a difference to the way organisations can help society. The Charity Network is showing many charities that they need to be more business oriented and value-adding. Mr Wagner's approach also shows how a drive to make a difference is more important than the large donations we often associate with charitable organisations' needs. This means that we don’t have to wait a lifetime before we do something for others. We can make a difference to many people today in many ways depending on our unique circumstances and passions.