What Marilyn Monroe and Emily Blunt Have in Common 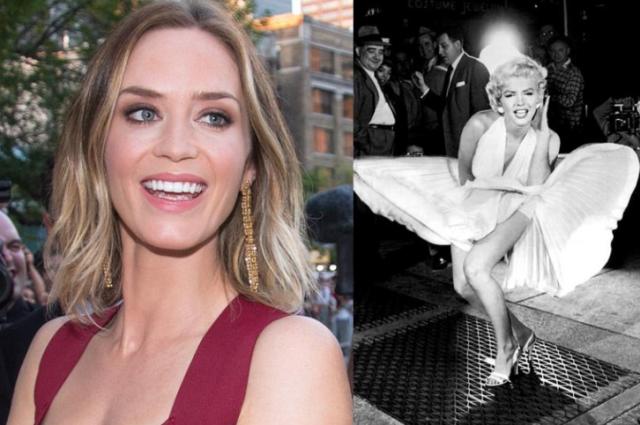 Today we have a humbling insight into two Hollywood actresses from two different generations; Marilyn Monroe (real name; Norma Jeane) and Emily Blunt (star of 'The Devil Wears Prada' & 'Edge of Tomorrow'). They are people who both share something in common - stuttering...

One article notes the following about Monroe;

'Through her childhood of shifting adult influences and instability, Monroe was a very quiet and shy girl. In her own words, she "figured early in life that if I didn't talk I couldn't be blamed for anything."

Monroe suffered from low self-esteem and developed a stammer. She recalled that at junior high school she was class secretary and would open class meetings by saying, "M-m-mintues of the last m-m-meeting."'

Here's a video of her describing the situation:

With the support of drama coaches Natasha Ltyess and Phil Moore, she eventually honed her signature breathy-voice for her films. And though it was a stylised voice, it helped her finally overcome her stutter.

'She developed a stutter so debilitating that she could barely hold a conversation, let alone elbow her way into the limelight.

“I was a smart kid, and I had a lot to say, but I just couldn’t say it… It would just haunt me. I never thought I’d be able to sit and talk to someone like I’m talking to you right now.”

Then a teacher suggested acting lessons, and by the age of 18, Blunt was starring opposite Judi Dench in Peter Hall’s London production of The Royal Family. When she pretended to be someone else Blunt said, “something lifted in me.”'

While Monroe and Blunt may have had other challenges that they struggled to face, both actresses went on to do something that completely transcended their stutters. They had a real desire to change, sought out help from others, worked hard and pushed through. It definitely wasn't easy or glamorous, but they chose to address their challenges rather than be contained by them and that is definitely something we can all learn from.

Share your thoughts on this story in the comments below...