Skip to content
Dame Kelly Holmes: What Does It Take to Be An Olympic Champion?

Dame Kelly Holmes: What Does It Take to Be An Olympic Champion? 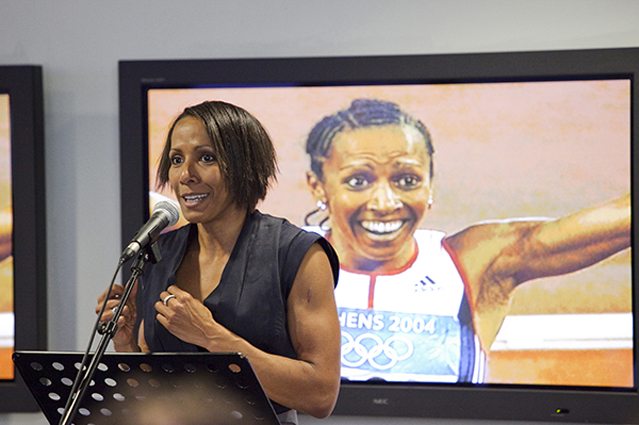 "I had started my career at 12 and from age 14 it was my aspiration to be an Olympic champion. I loved what I did and I always had my goals but it was a hellish journey, the illnesses, the injuries, the depression a year before the Olympics. It was the hardest time of my life."

Today we're taking a look at the powerful attitudes and beliefs Kelly Holmes developed in order to win two gold medals at the Athens Olympic Games in 2004. The video below has some really powerful lessons for all of us, including the importance of surrounding yourself with the right people and overcoming difficulties to succeed in any field.

Kelly is someone who has constantly redefined herself over the years and has learnt that her attitude and outlook are at the heart of any success. She’s not just been a world class athlete, but also a nursing assistant, a physical training instructor in the British Army and since her sporting retirement, a businesswoman. It has not been an easy ride though; she has talked publicly about her clinical depression and self-harm.

Like so many legends, she has faced her own inner-demons many times on the path to success. In a similar way to Richard Branson's story it has taken a lot of hard work to break through those barriers. Like every true legend, Kelly has overcome enormous setbacks, but she has held steadfastly to her vision and persevered through her challenges rather than being consumed by them, like so many of us can do.

Every legend is characterised by their ability to keep striving towards their goals and either finding a way or making one, even when the odds are stacked against them and it seems impossible.

[whatsapp url="https://www.legends.report/what-does-it-take-to-be-an-olympic-champion/" title="Thought you'd like this article from the Legends Report, it's how Dame Kelly Holmes became an Olympic Champion"]