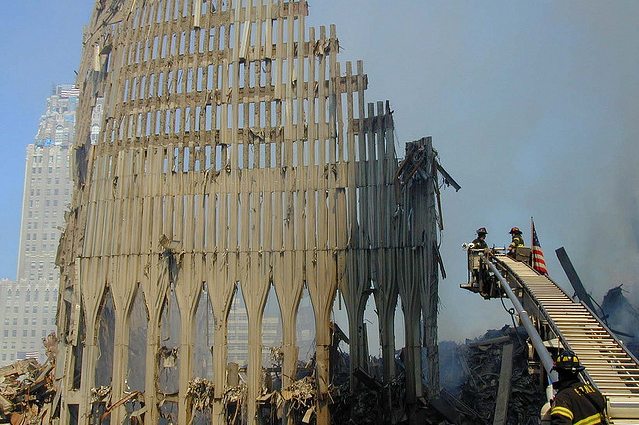 “Everything can be taken from a man but one thing: the last of the human freedoms - to choose one’s attitude in any given set of circumstances, to choose one’s own way.”

I’m sure you remember where you were and how you felt the moment you heard that two planes had struck the twin towers of the World Trade Centre in New York and taken thousands of lives.

On that same day, well-known motivational coach and author Anthony Robbins was due to conduct a group seminar in Hawaii with over 2000 people as he describes below...

"It was 3:00 am that morning when my staff members awakened me from a very brief sleep.  I had just completed my last recap meeting of day one of a nine-day leadership conference I was conducting on the big island of Hawaii for more than 2,000 people from 39 countries around the world. At first, I was in complete shock. Then, I had to “kick into gear” because as horrific as the news was about what had happened in New York and Washington, I quickly learned that more than 50 people in our own family, our participants, had already discovered they had lost family members, friends and loved ones, as well as a few who lost their entire business at the top of the World Trade Center that morning.

People had completely different reactions based on their life experience. Some were enraged. Others were in fear that the end was here. And yet even others were celebratory.

You can only imagine the intensity of one Jewish man with family who lived in the occupied territory, who currently lived in New York and would have died that day since he normally worked in the World Trade Center—and his reaction to a Pakistani Muslim who identified with the extremists responsible for the attacks so completely that he shared his only regret was that he was not on one of the planes himself. Saying publicly to the group that these attacks were “retribution” and now maybe the west would understand.

There are no words to describe the shock and anger that ripped through the room in that moment.

I had to find a way to create common ground in a situation where alignment seemed impossible.

We’ve all faced crises of various types and we will again. The key is to use the stress instead of letting the stress use you and to somehow use the stimulus of injustice to tap into your greatest resources—your courage, your determination, your compassion, your faith, your decisiveness and your capacity to take massive action—and find a way to serve yourself, your family and others."

Deciding to choose our response to any situation in life is the most fundamental trait that every legend has. It determines our happiness, our income, our job security and so much more.

As a tribute to the events, Anthony Robbins has posted up the full 40 minute video below which includes how the two men resolved their conflict. It is an INCREDIBLY powerful lesson in changing our opinions and views to radically improve the lives of not only ourselves, but others too. I urge you to watch even just 10 minutes of it. Below is a brief idea of what the full video contains:

Please feel free to share your thoughts and feeling below, I would value your take on this story....