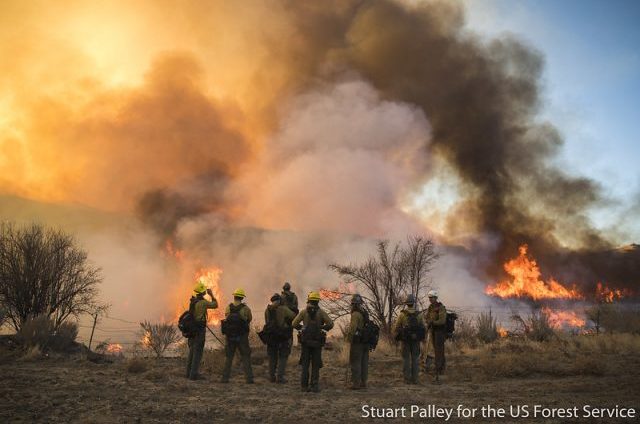 Scientists said this would happen. Since the 19th century, we have been awaiting the arrival of climate change like it was an inevitable, other-worldly occurrence we had no control over. Now the consequences are all around us, and only getting worse. We were warned once but we didn't listen. Lets not make the same mistake.

““The facts are alarming enough without scaremongering.”

Our planet has rewarded us with wildlife wonders, diverse landscapes, bioluminescent light shows, even solar phenomena, and in return, we are killing it. Our supposed evergreen world has become polluted with alarmingly high emissions of greenhouse gases – particularly carbon dioxide (CO2) and methane – which get trapped in the Earth’s atmosphere and prevent the sun’s heat from escaping back into space. Each progressive year displays record-breaking CO2 levels, rampaging worldwide destruction on the environment, wildlife, and us; 2020 churned out the highest recorded number of Atlantic storms, the biggest recorded Australian bushfire (burning 46 million acres), and the hottest ever temperature in the Arctic Circle: Eastern Siberia, 38 ℃.

But the damage can be fixed. By living more aligned to our conscience and reducing our carbon footprint – that is the amount of CO2 we emit – we can allow the Earth to heal and nature to restore itself. Sustainable changes in our everyday lives can have a profound effect on environmental recovery, as well as allowing humankind to continue to thrive. Soon we will be passed the point of no return; soon the damage will run too deep. We need to act now before we scar our planet beyond repair, eventually killing all life upon it.

How Is Global Warming Destroying Our Planet?

Warmer temperatures are responsible for more severe and frequent droughts, forest fires, floods, and intense tropical storms like cyclones and hurricanes. Globally, serious flooding previously occurred every 100 years but now occurs every 10-20 years – a critical upsurge. Such weather extremes cost billions in disaster relief funds and are much more prevalent in poverty-stricken countries, making tough conditions tougher. Consequences include food shortages as crops and harvests are destroyed, water scarcity due to increased contamination, people forced into homelessness, and an enlarged risk of disease and death.

Not only do warmer temperatures increase the intensity of dangerous weather, they also accelerate the melting of ice, especially glaciers, causing sea levels to rise and impending disaster for coastal communities and environments. Entire cities will vanish forcing low-lying populations to relocate; people will have no option other than to cram further inland creating communities more susceptible to disease, poor hygiene standards, and leaving many people homeless. Scientists have predicted that Jakarta, Indonesia – a city of 10 million – will be partially sunken in a mere flash of thirty years’ time. Coastal erosion will strike as sea levels rise, damaging land, homes, and costing millions in control measures. To make matters worse, the Earth’s ice deflects the sun’s heat so the more rapidly it disappears, the faster the timebomb of environmental havoc will tick.

The melting of ice is hatching life into habitat destruction. For example, seals need ice sheets to rest and give birth on, but if the ice sheets melt then the creatures will soon become extinct. And this is not an issue exclusive to the polar regions. Animals in hot climates are also threatened by climate change; for example, koala bears are endangered due to habitat loss from savage Australian bushfires. Habitat loss means that wildlife and humans are coming into more frequent contact – often violent – as animals move elsewhere in search of a new home and food sources. Species are drastically declining and the radical reduction of biodiversity disrupts the food chain most animals rely on, furthering the risk of extinction.

“Human beings are good at many things, but thinking about our species as a whole is not one of our strong points.”

Wildlife are not the only ones suffering from global warming – we are too. Warmer winters and faster ice melts result in shorter tourist seasons for the likes of ski resorts, meaning less money for staff as there are fewer tourists and they are out of work for longer. Ski resorts at low to middle altitude are at the most risk; 70% of resorts in the Alps are categorised at this altitude. Not only this, but tropical mosquitos are travelling further as the northern climate becomes warmer, spreading the risk of malaria to more people. Other adverse health conditions will boom, and warmer weather in Europe has already increased the percentage of deaths from dehydration and heatstroke.

How Can We Save Our Planet?

There are many things we can do, but primarily, we need to make choices more in line with our conscience, more in line with the inner voice that guides and directs our actions. Below I have outlined four practical changes we can all make to act with more awareness and to help others do the same. If we wait for governments to put the environment first we will be waiting forever; we must take responsibility ourselves.

Livestock is the world’s worst contributor to greenhouse gases. Cattle land is responsible for 80% of global deforestation, which leaks an annual 340 million tons of CO2 into the atmosphere. Methane is also prominent in animal agriculture as cows produce this gas – which traps 30 times more heat than CO2 – as they digest their food. Vegetarianism or veganism are the most energy efficient diets, and you also won’t be supporting animal abuses such as cramped and unhygienic cages, rape, and slaughter.

Switch power sockets off; insulate your home properly so there is less need for central heating; turn lights off when nobody is in the room; take short showers instead of energy-draining baths. Most of the UK’s energy is created by burning fossil fuels – which drives global warming by bleeding out greenhouse gases – but simple changes in energy consumption makes homes more eco-friendly. Alternatively, abandon power-inhaling electrical sourcing all together and switch to renewable energy, such as solar, hydro, or wind.

It is estimated that fast fashion industries are responsible for 10% of annual global CO2 emissions, as well as gobbling 1.5 trillion litres of water per year. The global transportation, home and retail delivery, and production of fabrics all contribute to the industry’s rocketing carbon footprint; not to mention the fabric and water waste, chemical use, water pollutants, landfill disposal, human right abuses, and non-biodegradable materials that maltreat our planet. Shopping second-hand, recycling clothes, and avoiding the plague of fast fashion all help to heal our planet’s wounds.

In the UK, an enormous 97% of all fresh fruit and vegetables are purchased through just 8000 supermarket outlets. Supermarkets burn huge amounts of fossil fuels when planting, spraying, and harvesting crops, ultimately participating in fast-tracking our planet’s death. Support independent greengrocers, bakeries, and butchers; shopping locally will reduce food mileage, food processing, food storage, and the packaging waste that dominates supermarkets, as well as helping support small businesses. Food processing is an essential step minimized when you shop fresh and local; for example, the carbon footprint of frozen carrots is triple that of fresh ones. You could even try growing your own fruit and veg.

The Tipping Point Is Here…

We are teetering on the razor’s edge of irreversible chaos. Global temperatures will spiral, sea levels will rocket, wildlife will become extinct, dangerous weather will destroy livelihoods, health conditions will soar. But we have the power to do what we can to reduce the damage. We need to make more sustainable, ethical choices, governments need to implement serious policies, and large companies need to recognise the impending worldwide catastrophe. We need to think about future generations. We are boiling our planet alive through alarmingly high greenhouse gas emissions, and we need to mend our damage before the world crumbles under our pressure.

Climate Change - The Effect on Our Health

Environmental Impact of Cows | The Guardian

Can fashion ever be sustainable? - BBC Future

Can Supermarkets Ever Be Sustainable? | The Guardian

The Impact of your Grocery Store Choices