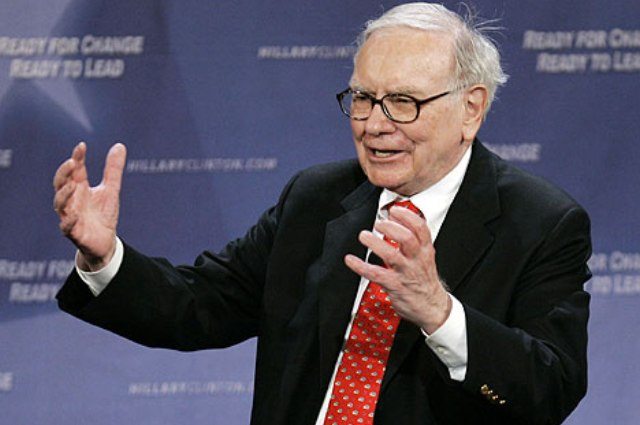 Warren Buffett is one of the wealthiest, most successful and hard-working men in the world. He sits on the board for the Gates Foundation and personally mentors Bill Gates. So is it worth paying attention to his advice on how to prioritise our lives? Definitely.

Below is an extract from a great article by Scott Dinsmore at ‘Live Your Legend’ that highlights how Buffett prioritises his life and how absolutely passionate he is about wanting the people he works with to succeed!

1. Know What You Want - List your top 25. One day a few years back Warren went up to his pilot (we’ll call him Steve) and jokingly said “The fact that you’re still working for me, tells me I’m not doing my job. You should be out going after more of your goals and dreams.” Warren then asked Steve to list the top 25 things he wanted to do in the next few years or even his lifetime. Just jot down anything that comes to mind as being important to you that isn’t currently a part of your life. Readers, that’s your cue to start writing.

2. Pick Your Top 5. Once Steve completed his list, Warren then asked him to review each item and circle the top five that were most important to him. The ones he wanted more than anything. Steve was hesitant because to him they were all massively important. After all, that’s why he wrote them down.

But Warren insisted that he could only pick five. So Steve spent some time with his list and after some deliberation, made five circles. “Are you sure these are the absolute highest priority for you?” Warren asked. Steve confidently replied in the affirmative.

Steve went on the explain his plan, who he would enlist to help him and by when all these items would get done. Warren was starting to get excited. With any luck he would be out of a pilot within weeks…

4. Marry Your Priorities. Once the Top 5 planning session was over, Warren then asked “but what about these other 20 things on your list that you didn’t circle? What is your plan for completing those?” Steve replied confidently “Well the top five are my primary focus but the other twenty come in at a close second. They are still important so I’ll work on those intermittently as I see fit as I’m getting through my top 5. They are not as urgent but I still plan to give them dedicated effort.”

“No. You’ve got it wrong Steve. Everything you didn’t circle just became your ‘avoid at all costs list’. No matter what, these things get no attention from you until you’ve succeeded with your top 5.”

5. Know your ‘Avoid at all Costs List‘ and stick to it. Did #4 surprise anyone? It certainly did me. Warren makes a powerful and somewhat unconventional point here. Most people would suggest ranking their second most important items just below their first. Makes sense at first, but as it turns out, this is the type of behavior that creates some of the most detrimental distractions in making big things happen.

Our thanks to Scott for putting this story together. It's a powerful reinforcer that learning to say 'no' is one of the keys to prioritising well. The passion Buffet has to see his pilot go on to bigger and better things is truly humbling. It's the sign of all true legends that they want the people around them to succeed.

Get More Inspiration For Your Life, Career or Business as a Member of the Legends Report