Warren Buffett On His Mentor - “He Changed My Life” 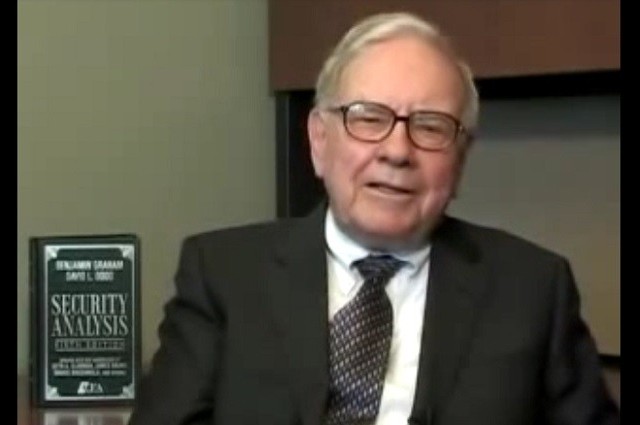 
Following on from the last article How Warren Buffett’s Best Friend Helps Him Succeed - one of the biggest determining influences on Buffett’s success was his mentor Benjamin Graham. However as this article shows, it wasn’t just what Graham taught him about investing that left a mark on Warren, but who he was as a person.

Buffett initially came across Graham - a business school lecturer at Columbia Business School in New York and owner of an investment company, after reading his book which taught that investing was not luck but based on solid investment fundamentals.

Buffett realised he was reading a revolutionary approach to investing and made it his mission to be taught by Graham! However, after graduating, Graham didn’t believe New York was the best place for Buffett to work and he refused to employ him in his firm, despite having a close relationship!

Buffett Is Not Deterred

“Benjamin Graham had been my idol ever since I read his book The Intelligent Investor…... after I got out of Columbia, [I] returned to Omaha, and started selling securities, I didn’t forget about him. Between 1951 and 1954, I made a pest of myself, sending him frequent securities ideas. Then I got a letter back: “Next time you’re in New York, come and see me.""

Buffett travelled hundreds of miles to New York from Omaha the next day and was offered a job by Graham. Here he is sharing his deep appreciation for his mentor...

What We Can Learn From Buffett & Graham?

Buffett shows us what all legends know - success is not easy and requires a compelling vision, hard work, determination and patience, all fundamental principles of life. Benjamin Graham did not suddenly turn up and present himself as a mentor to Buffett. Buffett made major decisions such as going to college to be lectured by Graham! How many people read a potentially life-changing book and then do nothing with it let alone move hundreds of miles away to be taught by the author!?

Buffett showed incredible persistence to eventually go and work for Graham. He wasn’t deterred when Graham said no the first time. Instead he carried on adding value to Graham so that Graham would want to have Buffett work for him. How many people give up too soon?

It is remarkable that what Buffet talks about the most is who Graham is as a person, not the knowledge he taught him, even though it helped him become a billionaire! Legends know it’s your character that is most important, not just what you know. Graham shared information with his students because he had an affluent mindset. Where many people would see competition, he saw helping them as a kind thing to do because that is who he was as a person.

To read more about Graham and his impact on Buffett, click here.

[whatsapp url="https://www.legends.report/warren-buffett-on-his-mentor-he-changed-my-life" title="Thought you'd like this Legends Report article, it's about why Benjamin Graham had such a big impact on Buffett and his success... ]