A Sobering Dose of Reality... 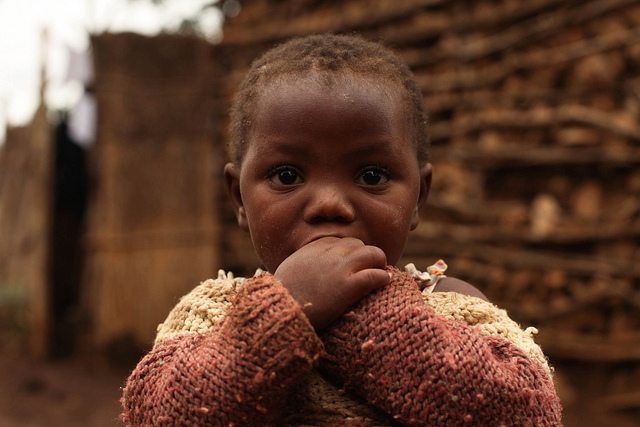 "We stand at a critical point in history. Already at the beginning of the year we are facing the largest humanitarian crisis since the creation of the United Nations."

"Now, more than 20 million people across four countries face starvation and famine. Without collective and coordinated global efforts, people will simply starve to death. Many more will suffer and die from disease."

These were the sobering words UN Humanitarian Chief Stephen O'Brien said to the UN security council on Friday 10th March. He was talking about the threat of starvation and famine in Yemen, Somalia, South Sudan and Nigeria.

"Children stunted and out of school. Livelihoods, futures and hope will be lost. Communities' resilience rapidly wilting away. Development gains reversed. Many will be displaced and will continue to move in search for survival, creating ever more instability across entire regions."

The video below shows the dire and desperate situation in Yemen and is a painful and shocking reminder of the state of our world.

While there have been huge improvements in quality of life for billions around the world over the last 50 years, millions more continue to suffer.

As we can see from Mr O'Brien's comments, whether it's famine as a result of war, or solving the issue of millions drinking toxic water, this is not a question of enough money.

The money is there and much of it has already been pledged. It is a matter of individual and collective will. It's a matter of whether the suffering of those men, women and children is put above our own self-interests individually and collectively. As Richard Jolly, former chairman of the Water Supply and Sanitation Collaborative Council said:

“Bringing water and sanitation to all would cost $10 billion a year.

“It is not a question of cost but of priority.”

Coming Together To Reduce Suffering

We may not be able to solve these enormous challenges completely, but we can do what we can to reduce the suffering of those involved. This involves each of us just playing a tiny part. In each of us putting our hands up to say we want to do something to change this.

Many of us, myself included, are guilty of apathy, of standing by hoping that someone else will solve these problems, they seem too big and hard to solve and "What can I do on my own?" we often think. I have felt this myself, however, I have also seen the enormous difference that can be made when there is a collective will of people for change. Read more on Mr O'Brien's plea to the UN Security Council here...

If you'd like to find out about a very practical way that you can be involved in giving some of your time to make a difference to children drinking dirty water, take our quick poll below and email us here for more information...