Tyson Fury is a household name - known for his sporting achievements and brash nature. But what happens when this facade melts away and Mr Fury is left alone with his thoughts? This article will explore the root of his mental illness, and the defining moment where he decided enough is enough, and showed that even the strongest of men have to show weakness.

The Beginning of a Great

Tyson Fury was born prematurely in 1988, following his parents losing two daughters before him. From the moment he was born, there was a subconscious pressure on him to succeed. He was born into an Irish traveller community, a culture not recognised at the time with many racist stereotypes and criticism. Tragically, his mother continued to miscarry throughout Fury’s childhood, and the then-nine year old had to live through his sister’s death when she passed at three years of age. In a desperate attempt to form some sort of direction and distraction, Mr Fury began boxing at the age of ten and left school at eleven to join his family business of tarmacking roads.

“I've always suffered with mental health problems. I just didn't really know what it was.”

― Tyson Fury in his interview with Jonathon Ross (below)

Tyson Fury showed passion for boxing from the beginning, and his dad trained him up until 2011 when he was jailed for violence. His next trainer was his uncle who suddenly passed away, followed by another uncle who also went to prison for heavy involvement with gangs and drugs. From looking into this small aspect of his career, it is clear that from a young age and into adulthood, Mr Fury was constantly surrounded by violence and crime. Whilst this may have contributed to his success in boxing, it also undoubtedly led to a lot of unresolved trauma, which has ultimately materialised in his later life.

From Strength To Strength

Tyson Fury made his boxing debut in 2008, and by 2011, he was the heavyweight champion of the commonwealth after a fight at Wembley Stadium; he defended this title later in the same year. He moved on from the leagues following this success, into international titles. In 2014, he became the heavyweight champion of Europe and in the following year, he defeated Wladimir Klitschko to become the world heavyweight champion. Of course, there is no denying how impressive it is to gain such a title within just seven years of a professional career. However, such a fast-paced rate of success bears the burden of accelerated fame. This is particularly the case in boxing, where fame comes with easy and intense access to drugs, alcohol and ultimately an unsustainable lifestyle.

It was 2015 when Mr Fury’s mental health took its biggest turn.

“You're thinking heavyweight champion of the world, guy who's on top of everything, he must be happy, right? But then I wasn't”

He had been struggling with various forms of addiction, to both alcohol and steroids, on and off for years but because of his profession, this was often brushed under the carpet. His use of cocaine, fuelled by his depression when sober, also became much more prevalent and concerning. His mental illness reached its peak in 2016, when he was driving towards a bridge at 160mph, sure that he was going to commit suicide. Something, he says, in his mind stopped him, and he pulled over at the last moment and called for help immediately.

“I was going to crash into a motorway bridge...I had this voice speak to me and say no, don't do this. You're going to destroy your family's life. It was the first time I realised I can't do this on my own, and need medical help."

It took this dramatic and traumatic event for Tyson Fury to realise that he needed help. He needed to fix what was going wrong. Mr Fury himself has said that he has a tendency to stay silent until he “explodes” - something rooted in the avoidance of conversations about emotions, not least mental health, when growing up.

Since this moment in 2016, Tyson Fury has turned his life around. He has realised, through speaking out, just how many people are there to support him, including his coach and father - someone who he didn’t expect to be so understanding. He is now completely sober are realising that it was an unhealthy coping mechanism, where being under the influence allowed him to avoid the problems that he was facing under the surface.

He discusses this time with Jonathan Ross in a frank and honest interview which can be watched here (there is some strong language). It is also worth reading the comments left on this video to really see the impact he had through speaking out. 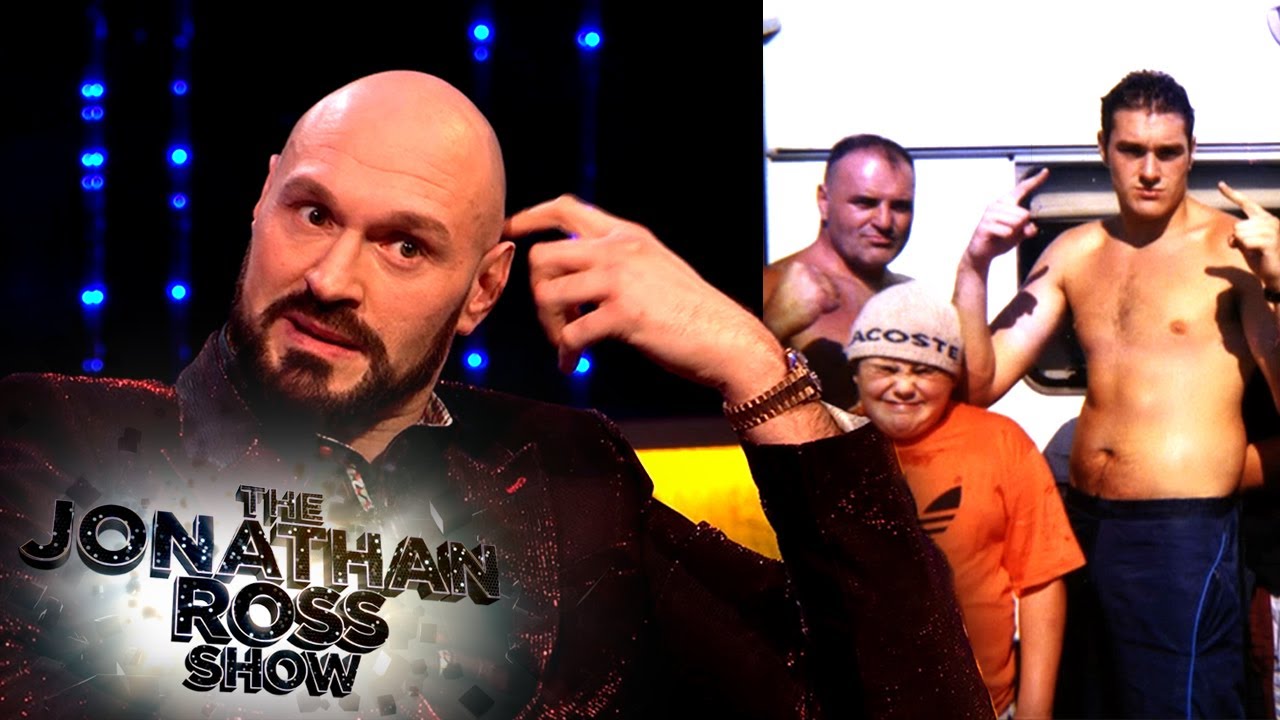 "I can't suffer in silence anymore"

The Furious Method is his latest book, encouraging young men in his situation to speak up, especially in the knowledge that suicide is most common in men aged 45-49. Aside from an inspiring story of his it is possible to come back from your darkest point, Tyson Fury’s story again highlights the absolute importance of communication. Mental Health Today cites communication as one of the best mental illness coping mechanisms - in part of both the person suffering, and the person that they trust to discuss it with, through avoiding feelings of isolation. It also contributed to the forming of relationships, where you can work with some one else to figure out a solution or action plan to begin feeling more like yourself again.

3 Tips To Improve your Mental Health.

There is so much that you can do to strengthen relationships and build communication channels if you, or someone close to you, is struggling with their mental health.

1. Talk. Being able to speak to someone else about how you’re feeling is absolutely crucial. At first it might seem daunting - it definitely was for me when I admitted to my mum that something wasn’t right - but it is so worth it. If having a frank conversation feels too overwhelming, maybe contact someone that you trust through social media to ease into the conversation.

2. Reach out. This isn’t just advice for someone suffering with their mental health, but also for their friends and family. If someone you love doesn’t seem themselves, or isn’t as communicative as usual, then asking “Are You Okay?” might just be the final push they need to say “No, I’m Not”.

3. Express yourself. As well as speaking with your loved ones, it’s important to not rely on them completely. It’s really useful to find other ways of letting out your emotions and avoiding an “explosion” like Tyson Fury experienced. For me, going outside for some fresh air with my dog is one of the best things I can do when I’m feeling low. Getting your body moving, even for just a little while, combined with some fresh air is a brilliant way of clearing my head and pinpointing how I feel.

If you'd like to have a private complimentary chat with a mentor, coach and counsellor about any of the issues in this article just click our live chat at the bottom right of the screen...

If you feel you need support, feel free to contact one of our mentors for a confidential chat if these issues are affecting you or someone you know.