Tom Dempsey - The Legendary NFL Kicker...With Half a Foot! 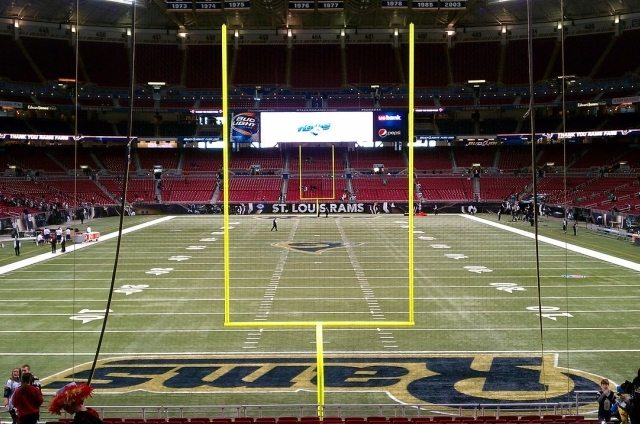 Huge rewards can come from having perseverance in the face of adversity. The video and story below are about a man called Tom Dempsey who became a professional American Football Kicker despite being born with a disabled foot and arm...

“Perseverance can accomplish anything. My friend W. Clement Stone tells the story of Tom, who was born without half of a right foot and only a stub of a right arm. As a boy, he wanted to engage in sports as the other boys did. He had a burning desire to play football, of all things. Because of this desire, his parents had an artificial foot made for him. It was made of wood. The wooden foot was encased in a special stubby football shoe. Hour after hour, day after day, he would practice kicking the football with his wooden foot. He would try and keep on trying to make field goals from greater and greater distances.

He became so proficient that he was hired by the New Orleans Saints.

Now, just offhand, what would you say a person’s chances of playing professional football were, if he were born without half of a right foot and a withered arm?

But the screams of 66,910 football fans would be heard throughout the entire United States when Tom Dempsey, with his crippled leg, kicked the longest field goal ever kicked in a professional football game within the last two seconds of the game, to give the Saints a winning score of 19 to 17 over the Detroit Lions. ‘We were beaten by a miracle,’ said Detroit coach Joseph Schmidt. But they were beaten by perseverance.”

- Earl Nightingale from The Essence of Success

This is a wonderful and inspiring example that the things many people would see as impossible obstacles in life are simply challenges that can be overcome with the right vision, discipline and passion. The more we develop these traits in ourselves the more we too can overcome.

Thank you Brian Johnson at Philosophers Notes for the original article...

[whatsapp url="https://www.legends.report/tom-dempsey-the-legendary-nfl-kicker-without-a-foot" title="Thought you'd like this inspiring article, how someone to with a half a foot become a NFL kicker!" ]