Tom Cruise’s Passion to Push His Team for Mission Impossible 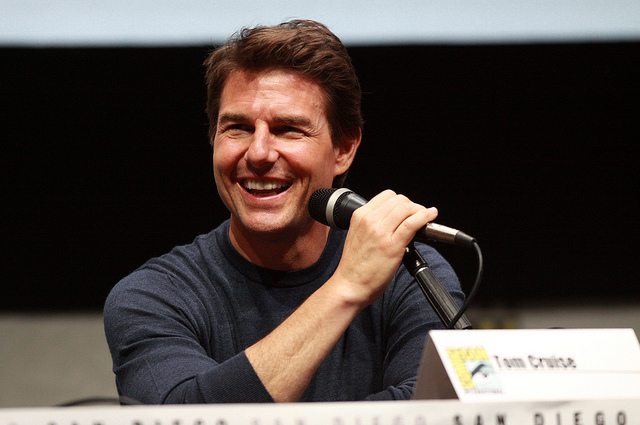 In the latest Mission Impossible film, you’ll find one scene in which Tom Cruise, now 53 years old, literally hangs off an airplane! Haven’t seen it?

So how did this insane stunt come together? Just as the Mission Impossible story is all about a tightly-knit team working together to succeed, the film works on the same principle behind the scenes.

As stuntman Wade Eastwood told CNN, Tom Cruise pushed himself to consider the limits of what was possible...

"It's one of those conversations where everyone looks at each other and goes 'oh f**k...and Tom smiles and says 'it's going to be fun.'"

The whole team would encounter challenge after challenge to make this seemingly impossible stunt happen without killing or maiming its main star. Having the right team of people, all absolutely committed to making this happen was crucial. As the article details...

Cruise and his crew repeated the stunt eight times to get the shots that made it into the film. No one was hurt, and Eastwood calls it one of his "all time greats."

What’s more, that team isn’t just working behind the scenes. It’s the team in front of the camera too. Cruise recently told the BBC that;

"For everything I've trained my whole life... I've done so much to work with [the cast] to make sure they don't get injured and their performances are wonderful in the film… I want to represent them in the best possible light."

How often do you hear about someone wanting the very best for their colleagues? There is an old adage that says, if you want to achieve anything in life, help others achieve that very thing and you will far exceed your own ambitions. It may seem counter intuitive, but if you want to be happy, find out how to make others happy. If you want to rise to the top of your career, help others to do that - don’t succeed just for your own ends alone. Is it any wonder why Tom Cruise is so successful, when he has such a burning passion to see his fellow team members succeed and works hard with them to push boundaries?

Every true legend knows this to be true and this fundamental thinking sits at the heart of the Legends Golf Network.

If you had a crack-team by your side ready to push the boundaries of what’s possible, what would you love to do? Share in the comments below...

[whatsapp url="https://www.legends.report/tom-cruises-passion-to-push-his-team-for-mission-impossible" title="Thought you'd like this Legends Report article, it's a great story about how Tom Cruise prepared his team for the new Mission Impossible movie." ]