This Is Why Everyone Should Learn a Language - Or Two! 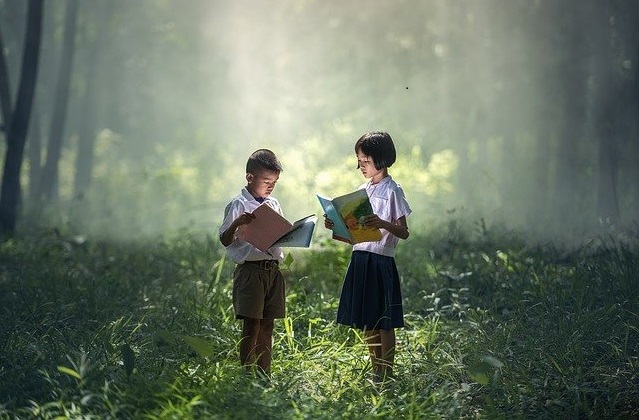 “The arts celebrate multiple perspectives. One of their large lessons is that there are many ways to see and interpret the world”  ― Elliot Eisner (influential Arts and Education professor)

Language is a medium of communication used by everyone around the world, whether it is English, Urdu, BSL or something else. Considering that there are around 7000 languages, it should not be a surprise that more of the world’s population are bilingual or multilingual than monolingual. The ability to articulate our thoughts and feelings as well as to understand and respond to those of others, is priceless. Nonetheless, it is without a doubt taken for granted every day.

Indeed, without this capability, the world would quickly become a very lonely and intimidating place to be in. Unfortunately, this struggle is the reality for many people, such as those with conditions like Huntington’s disease (this is where parts of the brain deteriorate in function over time and its symptoms can include difficulty swallowing and speaking), stammers and other disorders.

The following article will discuss the drop in interest in studying languages, its many impressive benefits and also why learning languages is a great example of how to effectively learn...anything!

The Decline In The Study of Languages

Research in recent news clearly demonstrates the downward spiral of language study in schools. Evidence to support this includes a survey conducted by the British council, which revealed that millions of students received absolutely no teaching of foreign languages during the first lockdown of the pandemic. Although it is understandable that during online learning in the pandemic teachers focused on delivering lessons in the core subjects of Mathematics, English and science, the study of languages by young adults - such as at A Level - is nonetheless at a low.

The Wider Issue: Why Is This The Case?

This can, in essence, be summarised as such: greed and capitalism. Let us briefly explore this...

To no one's surprise, massive amounts of money in the increasingly materialistic world we live in come from retail spending by us the public. Engineering projects lead to better transport systems as well as bigger and more modern buildings such as to accommodate the creation of new retail establishments, which will of course then generate substantial revenue.  What’s more, these vast state-of-the-art town centers also crucially attract tourists who bring an abundance of money into the country.

Consequently, STEM (Science, Technology, Engineering and Maths) subjects are championed in schools and students are encouraged therefore to deem these traditionally academic subjects as the most fruitful area of study one can pursue. In light of this arts and humanities-related degrees are essentially seen as obsolete, and graduates of these degrees lacking in employability.

This perception of degree subjects like Literature and History is completely unfair; as discussed earlier on, their study is devalued. This is essentially because they aren't deemed to be profitable for the government.

“Creativity now is as important as literacy, and we should treat it with the same status”

Why Is This Drop In Interest Problematic?

Increasingly in the modern world, people create and remain in their own physical and psychological bubbles, but unlike the bubbles that children play with, these bubble barriers are not as easy to pop. This is why having cultural awareness is so important.

To be culturally aware includes: 1. Being self aware of how the culture(s) you belong to shape you as an individual, and 2. Being accepting of cultures which aren’t familiar to you by being open-minded and inclusive towards them. And remember: ignorance is not bliss!

There are two limitations of this; firstly news outlets are of course packed with biased viewpoints on topics no matter how hard one tries to be objective, secondly, in order to effectively understand something, we need to experience it. In other words, we need to actively engage with what we’re trying to learn.

Think of it this way: in driving lessons, we must be the ones sitting behind the wheel in order to attain true understanding, it is not good enough for us to just watch someone else drive.

Similarly, it isn’t enough for us to just read the news to be deemed as being culturally aware people...it's not that easy! We need first-hand experience.

Following this, it should be noted that it is not merely the specific activity of learning a language which advances your creative, social, spiritual and verbal intelligences. It is involving yourself in non-traditional subject areas like the arts and humanities rather than just academic subjects like the sciences and mathematics. Nowadays the study of these subject areas (like languages or music) are very overlooked; this is clearly shown by funding cuts for these degree subjects. In my opinion, this is a huge social blunder. But don’t just take my word for it;

How Can We Re-Energise The Value of Learning Languages?

Here is an example of a scenario which illustrates the essence of this quote and how it applies to the real world...

If you have an interest in speaking German and working with the language, spending some time learning German everyday, if done with enthusiasm and discipline, will enable you to speak it fairly well within a year or so, which you can then add to your ever-growing CV. This results in employers contacting you in regards to your job application(s) and offering interviews. A few years down the line, or perhaps even sooner, you are successfully pursuing a career which you love and make good money from.

But crucially...if you hadn’t taken that risk, if you hadn’t made that initial step towards bilingualism; towards self growth, this possibility would forever remain a dream buried in your unconscious, rather than a possible reality for you to consciously aim for and work towards. After all, nothing worth having comes easy in life - whether it’s a loving, long lasting relationship or a stable financial status.

So what are the key takeaways from this? Learning a language is one of the most rewarding things you can do. Additionally, you can’t learn a language without learning about the cultures from which this language was born and is used in. Learning therefore - not just a language but much much more too - means understanding something as well as its place in a wider context, not just remembering material and regurgitating it.

The process of true learning is a continuous life-long process. Perhaps from this we can then begin to conclude that a truly fruitful education system is surely one which is centered around how to become a better person, as opposed to Western mainstream education systems which focus on the value of one's proficiency in certain 'marketable' areas (like knowledge of maths or chemistry), and sadly discount the arts and humanities. Hopefully this article has sparked your interest and helped you to realise that learning languages is a great example of how to effectively learn...anything.

Benefits of Learning a Language

Other relevant articles by The Legends Report

How To Become a Great Speaker – The Power of Communication

About the Author: Ummay Aimen

I have a passion for creative writing, books, helping people and learning new things everyday. So upon discovering and reading about the aims and values of the Legends Report, I was very eager to join the team! I feel very fulfilled and enthusiastic to be able to write articles that assist others on their lifelong journey of self-improvement as I navigate through my own as well.