The Unexpected Trait That Made Bill Clinton a Political Master 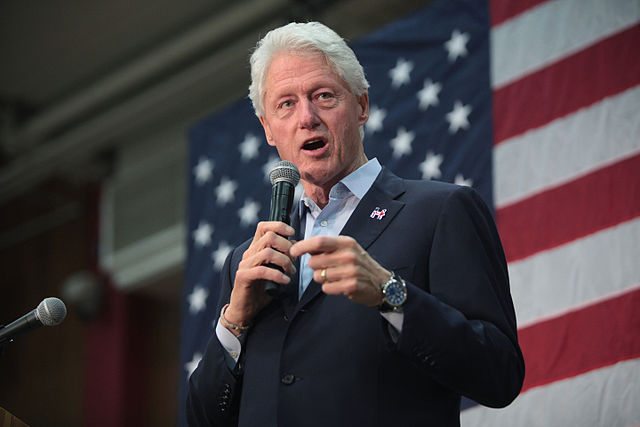 "To be really good at this, you've got to like people...and you gotta have a pain threshold."

Bill Clinton has been hailed by his peers as the greatest 'political animal' they have ever known. He has seen a huge level of success, despite scandal, in and out of the White House. So why does he put his success down to not having a TV as a child?!

"I grew up in a storytelling age. I grew up where people taught me to pay attention to other people."

In this powerful 3 minute clip from an interview with Charlie Rose, Mr Clinton shares one of the most impactful lessons in his life. It is one that very few people take the time and effort to master, and hence one of the reasons why so few people truly succeed in life...

Are You Paying Attention?

As the former President says, he grew up in an environment that taught him to listen to others around him. Class didn't matter. Education didn't matter. Job titles didn't matter. It was about paying attention to others, not just listening to them when it suited him or when he wanted something. It was about the principle of empathic communication; that before you say your part, you genuinely, meaningfully listen, respect and understand another person. It's not enough to just 'hear' someone if they don't feel understood by you. We've all had those moments where someone's making all the right sounds but you know they're not listening to you! Not a nice feeling, right?

This principle (empathic communication) applies to every interaction in our lives, it is absolutely fundamental! From catching up with your loved one to critical business meetings. Everyone has their own view that they want to share. So if we are not genuinely willing to understand where someone is coming from, whether we think they are right or wrong, then our relationships will be fraught with conflict, confusion and isolation. However when we genuinely seek first to understand someone before we are understood, we give them the psychological air we all crave.