The Two Types of Billionaire... 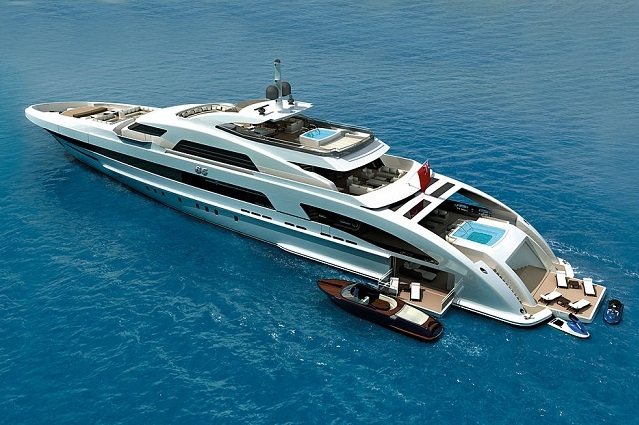 
What do you do when you can buy pretty much anything you want?!

Some billionaires are extravagant with money on the things like flashy cars and yachts, while others have chosen a much more modest life. So what is the difference between the two?

Those That Are Extravagant With Money

Many people have heard of Roman Abramovich - the man who owns Chelsea Football Club. In his bid to win the Champions League (Europe's most prestigious football club competition) and become the best club in Europe, Mr Ambramovich spent tens of millions on players spared no cost while sacking most of his managers even when they won! He also enjoys his yachts, owning the biggest yacht in the world which reportedly cost $1.2 billion.

Then there is Mukesh Ambani, the richest man in India. His home is a 27-floor, 400,000 square-foot skyscraper in Mumbai with 600 staff. It’s valued at a billion dollars and is reportedly the most expensive private residence in the world.

Those That Are Thrifty

Then there are those billionaires are less extravagant with using money to buy luxury items. Take Mark Zuckerberg, worth $42 billion, who is well-known for having multiple items of the same clothes (which is often a t-shirt, hooded sweatshirt and jeans). He explains his reasons for living so simply as,

“I really want to clear my life to make it so that I have to make as few decisions as possible about anything, except how to best serve this community [Facebook]."

There is also Charlie Ergen, chairman of Dish Network who is worth $14.5 billion and who takes his own lunch to work everyday. He explains the reason for this as,

"My mom grew up in the Depression. I don’t have a mahogany desk."

Or Azim Premji, chairman of Wipro Ltd who is worth $16.5 billion and one of the richest technology investors in India. He drives second-hand cars, takes rickshaws (pedalled carriages used by the average man on the street to travel) to the airport, flies economy and always reminds employees to turn off the lights at the office!

Or Carlos Slim Helu, who is Mexico's richest man and worth $23bn. He drives a second-hand Mercedes and often tells his staff,

"Maintain austerity in prosperous times (in times when the cow is fat with milk)."

Perhaps the most famous of thrifty billionaires is Warren Buffett who drives a second-hand car and has lived in the same house he bought 40 years ago. He says,

“It'd be worse [my life] if I had six or eight houses. So, I have everything I need to have, and I don't need any more because it doesn't make a difference after a point."

Why Are The Thrifty Billionaires So Different?

Ultimately no one is perfect and it would be wrong to suggest that having luxurious goods makes someone a "bad" person. Indeed many billionaires that live frugally do have an area of their life where they indulge in. Mr Buffett for example has his own private jet (he also owns part of this jet company!) while Carlos Slim Helu owns a $80million apartment in Manhattan. However even these indulgences often work as investments too!

What we can say about those who have less of a need to buy expensive toys is that they are more detached from the feelings of power of being able to have whatever they want. They have an inner security that is far less related to owning possessions. This gives them true freedom and inner power which allows them to focus on areas that are more important such as making a difference to others.

How Aware Are You of Your Own Spending Habits?

As you can see, extravagant or not, legends are very aware of how they spend their wealth. So how aware are you of how you spend your money?

[whatsapp url="https://www.legends.report/the-two-types-of-billionaire" title="Learn about the difference between spender and thrifty billionaires!"]