The Power of Dreams From The World's Best Selling Manga Comic... 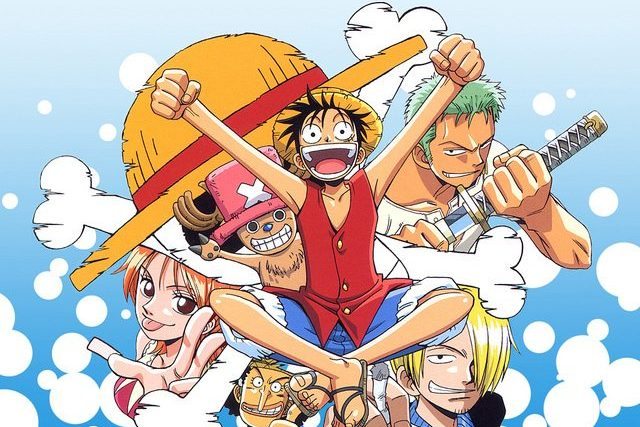 Regardless of circumstances, everyone has dreams they want to realise. When you set out to reach a goal, you know that it will be hard to get to, and the journey along the way is unpredictable. You don’t even know if the goal you have in mind will be there when you reach it, or if you’ll be taken on a different course entirely.

Dreams and imagination are intrinsically linked together, one sustained and empowered by the other. You can only allow your dream to grow so much without the imagination to dare it beyond what seems possible, yet this intangible place is where true creative potential exists. With this in mind, there is one example in particular which really shows the power of this unbounded creativity.

Eiichiro Oda is a man with a dream still going strong after 20 years. The same dream has sold over 400 million copies worldwide - a single creative work grown into a cross-media powerhouse of 13 films, international levels of merchandise and an ever-growing fanbase. The manga known as One Piece is at present the most sold manga ever, and should it continue in this vein, could well become the most sold work of fiction ever.

That Mr Oda is responsible for this vast and complex world is testament to the scope of not only his imagination but the strength of the dream that spurred his story into becoming real. Why is this manga comic creator relevant to you in your life? Because Mr Oda exemplifies what a single person can create if they dream large enough and dare to bring that dream to life. But if we are to understand how Eiichiro Oda has sustained this dream, we have to look at One Piece itself.

The protagonist, Luffy, sets out with his own dream, his goal of surmounting the legend that has shaped the world - he wants to find the titular One Piece, a hidden treasure once held by the King of Pirates. No matter how hard it might be, or what lies ahead, he holds a stubborn, unshakeable belief in following his dream, just like so many in the real world seek to equal and surpass those who have come before, paving the path for the future with their own merits. In some manner, then, Luffy’s creativity in realising his dream reflects that of his creator's.

But consider that Mr Oda also knows exactly where the story is going: in his head, it is all mapped out, and yet he is able to weave this story without losing any creative drive in the production. Eiichiro Oda’s love for telling the story and the adventure of the work itself, bring him closer in comparison to Luffy.

A good way through the story, Luffy and his crew meet a man who holds crucial information about the whereabouts of One Piece. Put yourself in this situation - the goal you have set your life on achieving seems almost within reach, thanks to a chance encounter. Wouldn’t it be common sense to take the initiative at such a chance and seize at that chance of making your dream into reality?

“I don’t wanna hear where the treasure is!

I don’t wanna hear if there IS a treasure!

I dunno know anything about it, but everyone sets off to the sea to find out for themselves!”

While it is incredibly valuable to receive guidance and mentorship in key areas, in this instance, Luffy wants to carve his path and is willing to make his own mistakes. He doesn’t know what lies at the end of his journey because that isn’t of importance in his heart. To him, the only thing of importance is the present, the adventure he’s on. Eiichiro Oda and Luffy may have different goals and dreams, but without doubt, they share the same love of the journey towards those dreams.

Go After The Adventure

In a real-life context, the mentality of ‘it’s the journey, not the destination’ may be hard to reconcile, but it does bring to light the importance of what the story of One Piece is truly founded upon: the adventure. All that matters to Mr Oda and Luffy is the here and now, the freedom to go where they want and do whatever they decide to do.

The journey itself is not as valuable as knowing that it is your own journey. In pursuit of them, your dreams take you places you never would believe in, meeting people and making friends you never knew, and wherever the next island is on the long voyage, it is all worth savouring because it is the voyage you have made for yourself.

Eiichiro Oda didn’t set out with the notion of what One Piece was to become, only that he had a story he wanted to tell no matter what. He relishes the journey of his work, and what it means to grow his dream and share it with others... because the power of dreams forms the connective tissue of the human spirit.

We don’t have to let go of who we are in the challenge of ambition and growth, because it is how we make the attempt, how we travel the journey, that is important here. As simple as Luffy’s philosophy is, he sums up what the whole world seems to have missed out on:

The freedom to go on your own adventure, carving your own legend and taking joy in the fact you are doing it yourself - that is the power of a dream.

One Simple Exercise To Help You Succeed In The New Year

Who Is The Most Entrepreneurial Tech Company At The Moment And Why?!

The Power of Dreams From The World’s Biggest Manga Creator