The Greenest School In The World That's Developing Responsible Leaders 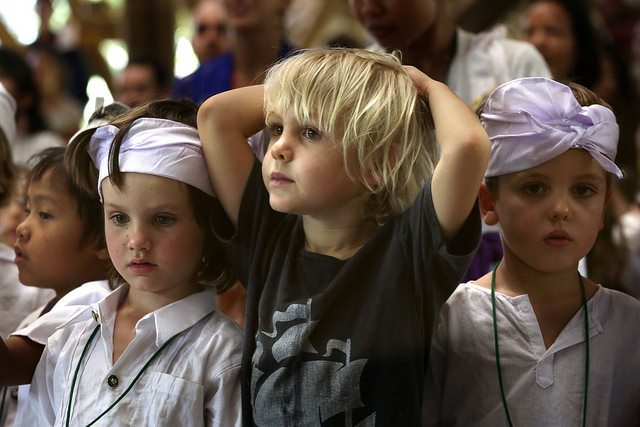 Making decisions and using our creative imagination are key to bringing any vision to life and making a positive difference in the world.

Imagine a school with no walls, where kids are really engaged with their education, but also learning that their actions have natural consequences - especially when it comes to the use of any resources. Sounds like a utopian dream? Well, this is the vision of a school that has been brought to life by John Hardy who had taken early retirement after selling a successful jewelry business in Bali. Mr Hardy hated school as a child and could have settled for a very comfortable lifestyle, so why would he do such a thing? Here's his incredible story in 15 minutes and what we can learn if we want to make a positive difference to a global issue...

Stirring stuff, right? There is a lot we can learn from John Hardy in terms of taking a global issue and breaking it down in such a way that we do something. If we are aware of an issue but do nothing then we are very much hoping that someone else will resolve the challenge. Often doing nothing comes from overwhelm and indecision, so...

Make a Decision To Make a Difference!

Mr Hardy's story is an example of how we need to firstly make a firm decision if we are looking to make a positive difference in the world - imagining what could happen from deciding not to do anything. His trigger was watching Al Gore's film An Inconvenient Truth which had a profound impact on him because he saw not only how climate change could affect him, but more so his children and grandchildren.

"I decided at that moment that I would spend the rest of my life doing whatever I could to improve their possibilities."

He decided that building a green school in his local area was the way that he could bring this decision to life. Largely due to undiagnosed dyslexia, he had a negative experience of school, but he used this to fuel his motivation as to what he wanted the school to be about. He decided that holistic education was the best way forward and explained....

Essentially he said that the more a child is helped to become self-aware; to develop their emotional intelligence and leadership capabilities, the more they will feel a responsibility for others and the environment they live in.

The Vision Will Be Constantly Developed and Reinforced

An effective vision constantly evolves and reinforces itself as it comes to life. Mr Hardy saw clear examples of the impact he was making through seeing the growth in the students his school was educating...

"These kids know that painless climate control may not be part of their future. We pay the bill at the end of the month, but the people that are really going to pay the bill are our grandchildren. We have to teach the kids that the world is not indestructible."

"Green School is a place of pioneers, local and global. And it's a kind of microcosm of the globalised world. The kids are from 25 countries. When I see them together, I know that they're working out how to live in the future."

What Mr Hardy has found is that there are people across the globe who have offered skills, resources, time and expertise because they share a similar vision for education and sustainable living. It is through the community he is building that he sees 50 Green Schools emerging across the globe.

The clearer we are with our visions and the more they are in line with serving the greater good, the more others will feel compelled to help in some shape or form.

For an example of the impact the school has made through inspiring the next generation of socially responsible leaders, here's the incredible story of how two of the school's students have managed to convince the Bali government to ban plastic bags!

What More Can We Do To Support Students With Depression?

How Young People In Lebanon Cope Amid An Economic Collapse, A Pandemic & Civil Unrest