The Brave Woman Who Heroically Defended a Passenger From Racist Remarks 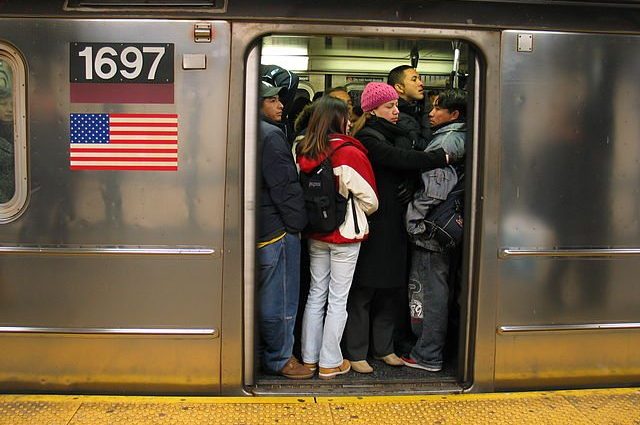 How do you deal with a heated conflict without getting angry?

True legends are ones who utilise their innate passion for the world’s greater good; not only do they vow to use their talents to help others, but when they see a need in the world, they immediately take action. Like a puzzle piece effortlessly inserted into a jigsaw puzzle, a legend can envision how, as an individual, he/she can shape the world by solving one major issue.

Embodying a Message of Love, Not Hate

It’s not easy to always protect a stranger with the sacrifice of your own safety. However, this viral video can show us how to navigate this type of tricky situation.
A woman was shouting on a New York subway at two people, due to the fact that she thought they were Muslim. Instead of allowing Islamophobia to dominate the space, Tracey Tong, a modern-day heroine hailing from Queens, intervened with an admirable act. A video taken by a bystander quickly went viral (see below)...

Instead of acting on anger and verbally attacking the racist woman and inflaming existing anger, Miss Tong delivered a message of love and acceptance, while civilly reprimanding the woman.

“I think you’re being very unjust. We all have to together, united. We can’t be against one person. This is absolutely ridiculous and very disrespectful,” she said in Spanish.

When the woman protested, Miss Tong responded by saying,

“We’re here in it together. Okay? We’re all in this together.”

The way that Miss Tong gracefully handled the situation was nothing short of admirable; not only did she defend a stranger from racist insults, but her message of unity delivered a powerful impact to the angry woman, who afterwards, sat in silence on the subway and nodded a thank-you to Miss Tong.

Ellen Degeneres heard of Miss Tong's heroic act and brought onto her talk show to thank her for her gesture of bravery.

Ellen asked Miss Tong why she felt the need to protect these two strangers, and Tracey’s response was amazing...