The All Blacks - What Makes Them Such a Great Team... 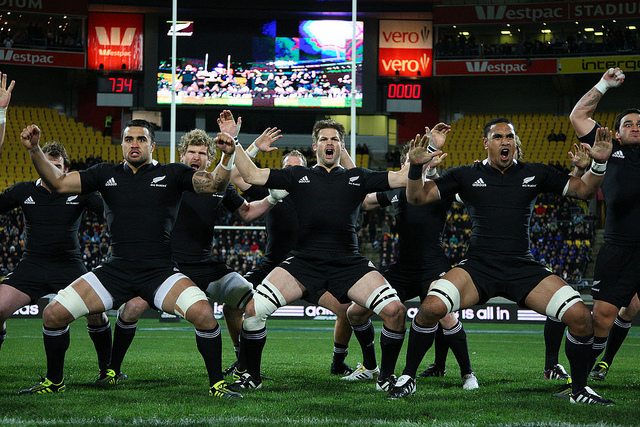 
Depending on where you’re from, almost everyone who has even heard of rugby has definitely heard of the All Blacks, the New Zealand rugby team.

However, this article is not about rugby. It's about what makes the All Blacks so great and why we need to apply these fundamentals to our own lives...

Care for The People Around You

All Blacks player, Conrad Smith has recently shared some key insights into the culture of the team…

"We can't let [new players] feel daunted for too long; we want them to express themselves - that's why they're selected. We don't want them to go into their shell; we want them to embrace it and feel like they're ready to do whatever they're asked to do, whether that's on or off the field.”

In 2004 after a rocky patch, the coaching team identified the effects of stress on the players and their performance. They developed ways to help the players cope better by showing them what was triggering their stress and how they could calm their minds among the chaos on and off the pitch. That is something very few sporting and professional teams care about, but it actually has a heavy bottom-line impact.

You're Never Bigger Than The Team

After a test game, while many young kids would dream of All Blacks glory, the team themselves are literally picking up a broom and sweeping out the locker room. They believe that stratospheric success can only be achieved by keeping their feet firmly on the ground.

"What I like about this team is they want to play rugby and they work hard at what they do. They are very good at staying humble, happy to mingle with the fans, and are always great with people." - Former Head Coach Graham Henry

Let Others Challenge You, It's For The Best

"I'm sure it's not easy for the All Blacks coaches to talk to [captain] Richie McCaw and tell him he should be doing something a different way, or asking the question of whether what he's doing is the right thing… But that's what you do. All the time I've had, the coaching team have been good at encouraging but also challenging players, challenging the team - what we're doing and why we're doing it." - Conrad Smith

So often we want people around us to tell us what a good job we are doing and not criticise us, but that is the very cancer that kills success and limits us. We always need to be challenged and challenge others!

Over the past five years, the All Blacks have taken their 75% success rate to a staggering 84%! Following their 2011 World Cup victory, they have made a solid start to their 2015 campaign bidding to win their third World Cup. No other team has ever won three World Cups. South Africa, Australia and New Zealand are the only teams to have won two. If New Zealand win the 2015 World Cup they will be the only team to have won it back-to-back.

Whether we are part of a sports team, a company or a family, many of us will often look to a technique or quick-fix solution to make things better. But what you will always, always see is that every legend’s true, lasting success is down to developing the right attitude - to care for others, to be humble, to be willing to be wrong in order to get it right. To the degree we lack these traits is the degree to which we’ll struggle to make any meaningful change in our lives.

Click here to read the full BBC interview with Conrad Smith, in which he shares many more humbling insights to the All Blacks’ ethos.

Our thanks to Tom Fordyce at the BBC and James Kerr at HR Zone.com for their research into the team.

Here's a fantastic video of some great All Black tries...

What has stood out to you most about how the All Blacks succeed as a team?

[whatsapp url="https://www.legends.report/the-all-blacks-developing-an-attitude-for-success" title="Thought you'd like this Legends Report article, it's about powerful insights to build an incredibly successful career, business or life.." ]

All Blacks image courtesy of Wikimedia