The 4 Ways Legends Cope With the Stress of Success 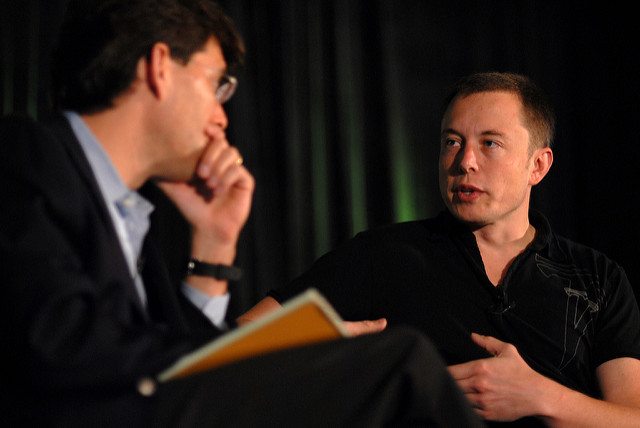 
We will often see people who are achieving amazing things in the world and wonder how they can do so much. The demands of performing at the highest level in sport, entertainment, business, philanthropy or any endeavour can be unforgiving - stretching people's physical, mental and emotional health. The knock-on effects of this for legends' relationships and overall self-confidence can be far deeper than the public eye may let us see until it is too late. We've seen the headlines of stars being admitted to rehab clinics, completely losing their cool in public, overdosing and even committing suicide. So given the drastic pitfalls associated with a life of high-achievement, what do legends do that enables them to cope with the pressures of success?

People Can’t Care About the World Without Caring for Themselves

Regardless of the roles and responsibilities we have, we are all human beings!! This means we need to look after ourselves in order to have the physical, emotional and mental strength to overcome the challenges we face. The bigger our goals, the more we need to care for ourselves in order to cope and remain healthy in all aspects of life. If we don't, it's the equivalent of turning up to run a marathon hungry and dehydrated with no training!! There are four key areas that true legends invest in, their body, their heart, their mind and their purpose...

Legends Look After Their Physical Health

"I have always believed exercise is a key not only to physical health but to peace of mind. Many times in the old days I unleashed my anger and frustration on a punchbag rather than taking it out on a comrade or even a policeman. Exercise dissipates tension, and tension is the enemy of serenity. I found that I worked better and thought more clearly when I was in good physical condition, and so training became one of the inflexible disciplines of my life. In prison, having an outlet for my frustrations was absolutely essential."

Whether you are holding a position of formal authority, performing in front of thousands of adoring fans or pushing your body to the absolute limits, the need to look after physical health is paramount to having the energy to keep going through times of extreme pressure.

One aspect of this is having the discipline to exercise on a consistent basis, practised by the likes of Bill Gates, Anna Wintour and the late Nelson Mandela.

Another aspect of this is diet; a challenge for many of us, but also elite atheletes like Usain Bolt and Monica Seles.

"Your happiness is what fuels you from the inside."

When we have busy professional lives, it is very easy to say we don't have the time to maintain our family relationships. In an interview with Alan Mulally, the former CEO of Ford and current member of the Alphabet Board of Directors (holding company of Google), he revealed how he made sure he invested dedicated time each week to ensure everyone in his family felt supported.

Ultimately this starts with their personal happiness which is brilliantly described in this video of the Hollywood actress Jada Pinkett-Smith.

"Sadness isn't sadness. It's happiness in a black jacket. Tears are not tears. They're balls of laughter dipped in salt."

The ability to think clearly and objectively with a healthy dose of creativity is a trait that legends promote through the habits they adopt. There are many successful people who meditate as a means to clear their mind and increase their ability to remain calm under pressure. Examples from music, film and business include Paul McCartney, Clint Eastwood, Cameron Diaz, Arianna Huffington and Marc Benioff.

Journalling is also a very powerful tool legends employ to increase their self-awareness and see things from a new perspective. The lead singer of the Black Eyed Peas; Stacy Ann Ferguson (Fergie) and President Barack Obama are legends who practise this habit.

Legends Have Powerful Reasons Why They Do What They Do

The passion of a legend is something that, like a fire, needs to be continually stoked and protected. How often do many of us find our enthusiasm for a new idea fizzle into nothing when things get hard or our progress is slow? The billionaire entrepreneurs; Elon Musk and Elizabeth Holmes are a couple of legends who have infectious levels of passion in the pursuit of goals that are having a positive impact on humanity and the world as a whole. It is through working on our levels of meaning and purpose that we can stay motivated through thick and thin...

Ultimately legends are able to cope with the pressures of their demanding lifestyles because they invest time, money and energy into caring for themselves first. The degree to which they do not do this is to their peril!! The legends who typically lead long and healthy lives are those who recognise that they are the most important asset in their life and that their health is not something that can be bought or compromised. Whenever we see a legend who has seemingly become the victim of their own success, we see a vulnerable human being who has paid the price of not putting themselves and their health first.

[whatsapp url="https://www.legends.report/how-legends-cope-with-the-demands-of-success" title="An article revealing the habits that legends practise to stay motivated and healthy in spite of their demanding lifestyles."]