Skip to content
Steve Smith: Taking Responsibility For The Biggest Mistake of His Career 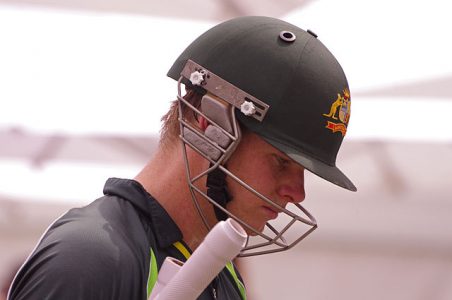 Have you ever found yourself wishing you could be somebody 'great'? Like a sporting icon, a singer, actor or highly successful professional in your field... someone who stands above the crowd?

Here's the thing. We may want that in some way, but are we willing to pay the price for it? Are we willing to sacrifice, to work hard on forging our own character? Saying no to our temptations, our addictions, our struggles, our own laziness? Or do we want the easy route to success?

Any leader carries a heavy weight around his or her shoulders. A weight of responsibility to themselves, their mission and everybody who has their eyes on that leader. Steve Smith, former captain of the Australian cricket team, is no different. Even Australia's Prime Minister has said that the Captaincy is THE top job in Australia because of the influence it carries!!

When Good People Do Bad Things

Last week along with the coach and several other players, the Australian captain was caught 'ball tampering' to give the team an unfair advantage against South Africa. This not only is strictly forbidden in Cricketing law but more so violates the spirit of the game.

We see often, how good, caring, determined people end up making horrible decisions. Decisions that taint their careers, destroy their reputation and the lives of others. And we may sit and watch saying 'I would never do that!', but how do you know for sure? Have you never been distracted even for a split second from something you knew you needed to do? What's to say you couldn't get tempted if the price was right?

And this is where we have to see ourselves and other people as human. Are we only good if we do more good things than bad? Or because we make our wrongs right? If you made a tragic mistake, would you want to be forgiven?

Below is one of the most humbling examples of someone taking responsibility I have seen in a long time. There are no excuses for cheating, this is not about saying it's not wrong, this is about being able to learn from our mistakes, even our biggest ones. There are too many people who are quick to say 'sorry' but it's an empty apology, and you know it. They're just saying it because it's the right thing to do. It's entirely different to seeing someone eat their own heart out over a mistake they have made and are determined to use it to grow and become a better person.

As they say, if you want to identify the hallmark of leadership, look no further than humility. If someone has true humility, and they earn it, they can be leader.

There is a great potential here for Steve Smith to make more of a positive impact on the world as a human being than he ever could have as just a cricketer. IF he uses this mistake to change and become an example to the next generation.

"Help other people in meaningful ways. Contribute to others through your work, your friendships, and through anonymous service. Your concern need only be blessing the lives of others. Influence, not recognition, becomes the true motive."

What do you think of Steve Smith's apology? What do you take from his example? Share in the comments below...

Here is another powerful example of someone who found redemption in their own life.

Understanding Our Anxieties About Having the ‘Right’ Career

Nature And Nurture: We Are Not Just Connected To Nature, We Are Part of It

How To Spread Positivity (And Not a Virus) With Minimal Effort