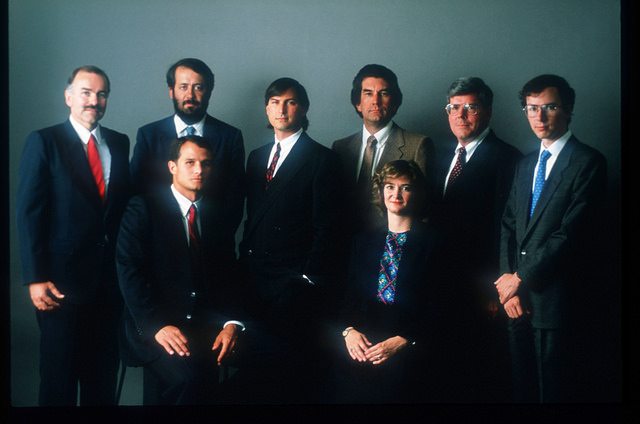 Steve Jobs and Senior NeXT staff by Fabio Bini @ Flickr


In his lifetime Steve Jobs founded two multi-billion dollar corporations; Apple and Pixar. After being fired from Apple, he also started a company in 1985 called NeXT. Although not as well-known and no longer in existence, it was a company that played a significant role in the legacy of Steve Jobs. Firstly it was the company that Apple bought which then facilitated his return to Apple in 1996; and secondly NeXT produced the computers that were used by Tim Berners-Lee to invent the internet in 1989!

In the early days of creating NeXT he invited cameras to film a couple of his leadership retreats...

This is an incredible 20-minute video to watch for anyone who wants to learn lessons from someone who has built more than one global business...

From this footage, there are three priceless insights based on Steve Jobs' own words that can help us to create and build companies that can make an impact on a global scale...

Why Companies Need To Be Built From The Heart

"One of the things that made Apple great was that in the early days it was built from the heart - not by somebody who came in and said 'I know how to build a company - here's what to do....' It wasn't built that way, it was built from the heart. Now, unfortunately we didn't always use our heads and we can do better in many respects because we are wiser and smarter and know more about those kind of things.

A Leader Needs To Protect The Company Vision

"There needs to be someone who is the keeper and reiterator of the vision. Because there's just a tonne of work to do and a lot of times when you have to walk a thousand miles and you take the first step it looks like a long way. And it really helps if there's someone there saying we're one step closer, the goal definitely exists, it's not just a mirage out there. So in 1001 little and sometimes larger ways, the vision needs to be reiterated... I do that a lot!"

Ideas Can Change The World... Ever So Slightly!

"Here was this idea taken through all these stages resulting in a classroom full of kids growing up with some insights and some fundamentally different experiences which I felt might be very beneficial to their lives because of this germ of an idea a few years ago. And that's an incredible feeling; to know you had something to do with it A. and B. to know it can be done; to know that you can plant something in the world and it'll grow and change the world ever so slightly."

If you feel inspired by this and want to learn more from articles about Steve Jobs, then click here. Additionally, if you're keen to start your own business and not sure where to begin, then here's 6 Questions To Grow Your Dream Business.

So You’ve Got Your Million Dollar Design Idea – Now What?

How Depression Helped a Law Student Build a $300 Million Business