Skip to content
Stephen Covey On Why Those Quick Fix Techniques Just Lead to Failure!

Stephen Covey On Why Those Quick Fix Techniques Just Lead to Failure! 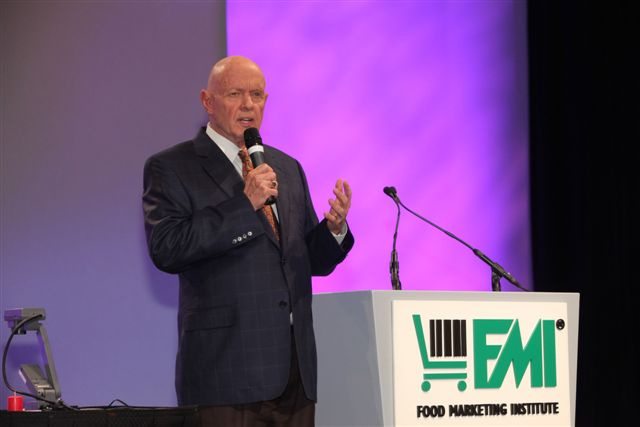 
In a world where having the most followers on social media can lead to people making millions of pounds (as seen here), we can see how presenting an image of ourselves can be seen as more important than who we really are.

Have you ever thought about the effect this has on our mindset or the consequences it has on our lives, happiness and success? The late Stephen Covey, author of one of the most pioneering books on personal development, The Seven Habits of Highly Effective People, wrote about this issue in great depth, having intensively studied over 200 years of success literature from the late 1700s to modern day.

The Consequences of The "Quick-Fix" Personality Ethic

Stephen Covey noted that from the period after World War Two, most of this literature was superficial and this explained why he saw so many people in difficult relationships:

"I noticed a startling pattern emerging in the content of the literature. Because of our own pain, and because of similar pain I had seen in the lives and relationships of many people I had worked with through the years, I began to feel more and more that much of the success literature of the past 50 years was superficial."

He started to see that the material focused on techniques that could be quickly learned and communication skills designed to influence others to gain popularity. As a result there was a high degree of emphasis on what others think. He went on to suggest that this focus never really solves problems, because these relationships are not built on a solid foundation of trust. He called this focus on techniques alone the 'Personality Ethic' saying:

"Success became more a function of personality, of public image, of attitudes and behaviors, skills and techniques, that lubricate the processes of human interaction. This Personality Ethic essentially took two paths: one was human and public relations techniques, and the other was positive mental attitude (PMA)."

"Some of this philosophy was expressed in inspiring and sometimes valid maxims such as “Your attitude determines your altitude,” “Smiling wins more friends than frowning,” and “Whatever the mind of man can conceive and believe it can achieve.”

"Other parts of the personality approach were clearly manipulative, even deceptive, encouraging people to use techniques to get other people to like them, or to fake interest in the hobbies of others to get out of them what they wanted, or to use the “power look,” or to intimidate their way through life."

Stephen Covey argued that by focusing on using the quick-fix Personality Ethic, longer-term problems are never addressed because they take longer and require hard root work to solve! He said:

"Social image consciousness, techniques and quick fixes—with social band-aids and aspirin..addressed acute problems and sometimes even appeared to solve them temporarily, but left the underlying chronic problems untouched to fester and resurface time and again."

In contrast, he used the term 'Character Ethic' to describe how success had been understood in the periods before World War Two. As the name suggests, success was achieved because of the strong moral character and positive traits of a person, saying...

"Almost all the literature in the first 150 years or so focused on what could be called the Character Ethic as the foundation of success—things like integrity, humility, fidelity, temperance, courage, justice, patience, industry, simplicity, modesty, and the Golden Rule. Benjamin Franklin’s autobiography is representative of that literature. It is, basically, the story of one man’s effort to integrate certain principles and habits deep within his nature.

The Character Ethic taught that there are basic principles of effective living, and that people can only experience true success and enduring happiness as they learn and integrate these principles into their basic character."

Living According To Other's Perceptions

Stephen Covey highlighted that some of the techniques of the Personality Ethic are useful in building relationships and hence it should not be seen as entirely “bad”. However, the danger of relying on it, as so many people do, means that how a person lives their life is based upon what they perceive others think of them. Given that we cannot control what others think about us, we will always be a slave to their whims and hence we do not take control of our lives.

Legends know that building a strong character is vital. But they also know that it is hard!! No one is perfect, and working on building our character is a life-long process, especially when we are as fallible and imperfect as we are. Just as importantly, it gives us the power to control our own destiny, rather than giving away our human power to others.

Our own experiences at Lighthouse International have shown Dr Stephen Covey's discoveries to be very true. Many of the 20,000 people we have consulted over a decade of research, including ourselves have found applying the character ethic a daily challenge. We are so used to relying on techniques in life without looking at the underlying causes of our problems. This is why we have found the right support to be so vital, not just for ourselves as a team but for those we work with to truly help them achieve extraordinary results.