Skip to content
Shake It Off: Why Taylor Swift Left The Man Who Made Her 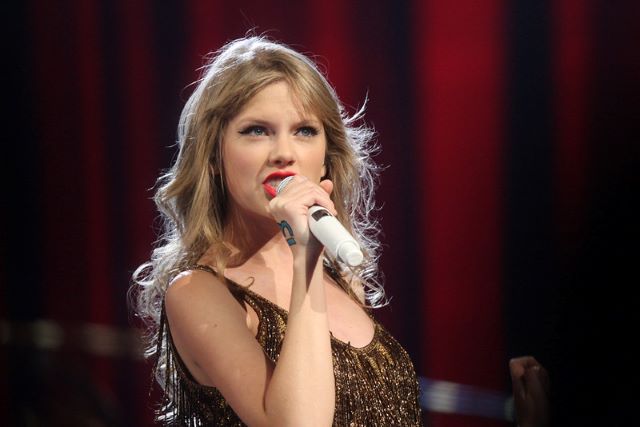 
As a self-proclaimed ‘Swiftie’, I have been keeping a close eye on the goings-on between Taylor Swift and predominant artist manager Scooter Braun. Whilst I’m overjoyed, naturally, that she’s re-releasing her old albums that practically shaped my teenage years, the reason for this is far more bleak. This article will explain how one of pop’s biggest names was still blindsided by the music industry, how Ms Swift is combatting it and why forming trusting relationships, in whatever context, is so important.

I Knew You Were Trouble

In 2006, at the age of just 16, Taylor Swift signed her first breakthrough record deal with Big Machine Records, a then relatively small and unknown label located in Nashville, Tennessee. As a 16-year old girl with a passion for country music, this was the opportunity she had been waiting for. People loved her - as she transitioned out of country music and into the more competitive and cut-throat world of pop, Ms Swift just continued to thrive as she released six albums with Big Machine. In November 2018, this record deal came to a natural end and Taylor Swift signed a new contract with Republic Records and Universal Music Group. Now an expert in the industry, she negotiated a deal in which she owned her own music; she did not have this foresight in 2006.

When Scott Borchetta, then-owner of Big Machine Records, sold his company to Scooter Braun, the music industry shuddered. Taylor Swift had initially been offered to stay and earn back her music, but with the knowledge that the company would be sold, she walked away. With a long history of social media feuds, award show encounters and lawsuits, Braun acquiring Ms Swift’s first six records was not the news she was hoping for.

“For years I asked, pleaded for a chance to own my work. Instead I was given an opportunity to ‘earn’ one album back at a time, one for every new one I turned in”

― Taylor Swift in her Tumblr post outlining the acquisition


This means that he now has total control over anything that this music is used for, and crucially, the money that they make. What’s even worse is that it’s claimed that Ms Swift was not even informed of this deal until it broke the internet, although this is of course disputed. In November 2020, Scooter Braun sold these six albums to a private investment fund which Swift has no affiliation to for an incredible $300 million.

Look What You Made Me Do

Taylor Swift knew that she had to do something to own her music again. Not only does this symbolise 15 years of her life, but she wrote a lot of the songs on her first six albums herself, and was set to lose credit for that too. So, starting in 2021 as her contract allowed, Ms Swift is now re-recording all of her first six albums, with the first, Fearless (Taylor’s Version), having been released a couple of weeks ago. With the incentive of never-before-heard tracks, she is encouraging fans around the world to stream Taylor’s Version so that she can have control over her music once again. Whilst for Swifties like me any form of new music is worth getting excited for, it simply can’t be right that this is what it has come to, all because Taylor trusted the first man to offer her a deal - Scott Borchetta.

We Are Never Ever Getting Back Together

Relationships are important. Whether they are familial, romantic or in the workplace, they form who we are as a person and it’s so easy to be convinced that you’re in the perfect situation when you’re in it. However, it is important not to be too hasty when forming a new relationship, especially if you sense that something is a bit off. Your intuition is there for a reason - Taylor Swift probably wishes that she had followed hers now.

In a more specific sense, this kind of issue is rife in the music and entertainment industry. When young people are naive and excited to be entering the industry that they have dreamt about being in, it’s almost impossible to take a step back and take a look at what is actually being offered. Sure, at the time Taylor Swift didn’t know that she’d be so successful and certain people would be out in the industry to get her, but had she known then what she knows now, she could have negotiated ownership like in her new contract with Universal Music Group.

This isn’t to say that you shouldn’t be excited when something good comes your way, of course you should. Equally, hindsight is a great thing and naturally we are all going to make mistakes along the way. What’s more important is the relationships that you form whilst on your journey. Working with people that you trust, and trust you, will stand you in much better stead in the long run than just taking the best offer that is thrown at you by someone that doesn’t care at all. For example when entering your career, it might be tempting to join a well-known, multi-national organisation that can offer you a great salary and the world over in benefits, but might not have the time to care about you as a person. Instead, it could be better to start out in a company where you can make great contacts, nurture your skills and then move onto bigger things when you’ve found your feet. There is no one-size-fits-all for this kind of thing, but it's definitely worth thinking about.

“I wish I knew then what I know now”