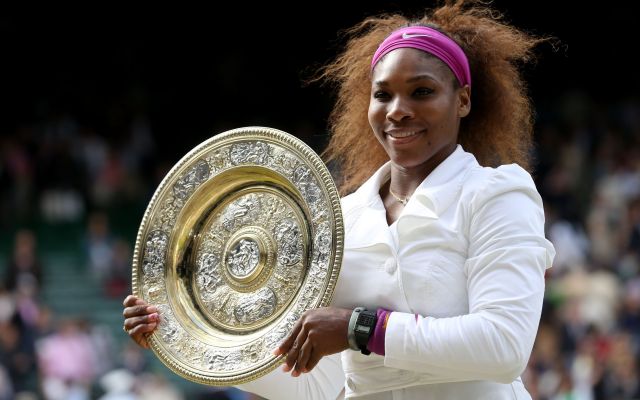 Serena Williams is the embodiment of success: she has won 23 single grand slam tennis titles, and this total only looks set to rise.

She lost the Wimbledon final to Angelique Kerber on July 12th 2018, but that should not detract from her incredible return to tennis, after giving birth to her first child, Alexis Olympia Ohanian Jr, on September 13th 2017.

The birth of Serena’s first child was slightly tarnished by her arduous childbirth. She had to undergo an emergency C-section, which left her with blood clots in her lungs. Due to coughing, her scar opened to the extent that surgery was needed. Doctors discovered a large hematoma in her abdomen, which resulted in another round of surgeries. She was bedridden for six weeks following on from the birth. The fact that Serena Williams began training again a few months after this episode, proves how tough she is. Alexis will grow up to know how incredible her mum is, and for Serena Williams, Alexis is a testament of her strength in the face of adversity.

Mrs Williams has certainly had to face many obstacles. She has had to overcome racial prejudice from a young age; prejudice which she still faces to this day. In a statement, Serena Williams revealed that:

“Growing up was told [I] couldn’t accomplish [my] dreams because [I] was a woman and because of the colour of [my] skin. [She] has been treated unfairly and [has] been the subject of racist remarks on and off the tennis court.”

She used all of the negativity to fuel her training and desire to rise to prominence in her craft.

Moreover, at 36, she has shown that age is not an obstacle to her achieving her dreams. Her actions have silenced those who have judged her according to her physical attributes, rather than her actions and beliefs. Her love of tennis has not dwindled since she started playing at the age of 3. Her form throughout all of the matches she played at Wimbledon was phenomenal. She won in straight sets against all of her opponents, bar Camila Giorgi, who she beat after three games in the Quarter-finals.

For someone who was “on her deathbed” only a few months prior to Wimbledon, it has been amazing to see Serena Williams inches away from another grand slam title. The determination and talent that Serena has shown throughout her whole life will elevate the world number 28 to number 1 again in the not- so- distant future.

Is Serena Williams the greatest athlete of all time?

Kobe Bryant: The Painstaking Practice of a Master

What Happens After You Win? Lessons from the Rugby World Cup