Skip to content
Santan Dave & His Journey To Resilience Through ‘Psychodrama’

Santan Dave & His Journey To Resilience Through 'Psychodrama' 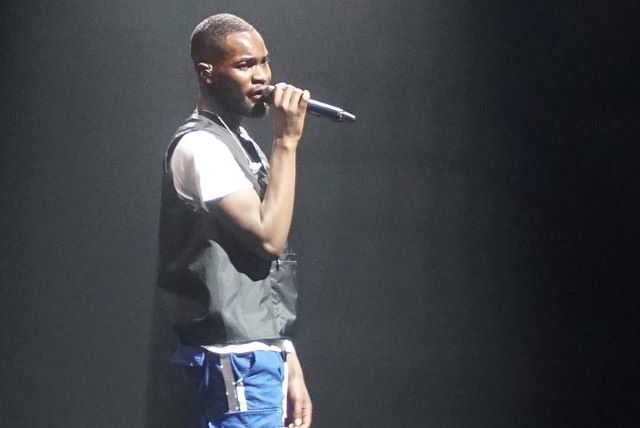 David Orobosa Omoregie, professionally known as Santan Dave or Dave, is a grime artist from Streatham, an area located in South London. Santan Dave is 23 years old, but from an early age, he has had a level of maturity that exceeds those around him. Santan Dave is a socially and politically conscious rapper, who has detailed his life experiences through his lyricism and used this as a ground for social issues he sees through London and in young people. He has known this since the start of his career, and states it in his first song JKYL & HYD, which is a reference to the famous novel by Robert Louis Stevenson, ‘The Strange Case of Dr Jekyll and Mr Hyde’.

Dave uses a simile here to show appearances versus reality, he has the looks of a ‘child’, but feels older than he is. His difficult upbringing caused him to have the maturity of a 35 year old. This article will look at what we can learn from his album ‘Psychodrama’.

Becoming The ‘Man’ of The House

In 2019, Dave released his first album titled ‘Psychodrama’, where he discusses his experiences of growing up in a fatherless household and having caring responsibilities put onto him from a young age. The theme of therapy is used to progress the album and pick apart Dave's mind. This album peaked 1st on UK Albums (weekly) and 22nd on UK Albums (Yearly).

The album begins with a song called Psycho, setting the personal and troubled tone of the album. It gives a perspective from a somewhat damaged soul, who is sceptical of therapy. As someone who is so used to being hurt, he has previously found it difficult to share his emotions (which is signified through the metaphorical use of scars), as shown through the line;

Dave knows that his life experiences have made him who he is and so at the beginning of the album, he seems to reject therapy whilst in a therapy session, a conflicting theme, which improves as the album continues. In the first song, there are two beat switch-ups which are in short succession and to the listener, it seems to be a signal of what Dave feels is his ‘manic depression’ (something he states towards the end of this song), the mood changes rapidly with the beat representing his temporary happiness achieved through materialistic things such as partying or women. In addition, this is a character break for Dave, throughout the song he attempts to challenge the therapist, but by the end he drops the facade and his true feelings finally come through.

A Pierced Perception of The Public

The 8th song on the album ‘Environment’ shows the development from the first song, he has developed from his inability to match his feelings to his actions in Psycho, as he now has the confidence to say that showing off materials shows ‘a lack of self-worth’.

Not only is he able to individualise, he also has a desire to break this false image that is often presented in rap. Throughout this album, Dave uses layers of double entendres, metaphors, and similes to paint a picture of his life. A notable example of this in this album is the lyric;

‘Where most would see a problem, I’m seeing an opportunity’. - Dave

Finally, his therapist picks up on his improving mental condition which he comments on in the closing lines of the song,

“So looking at it from another perspective, playing devil's advocate

Considering you know you're obviously becoming famous, so to speak

Do you ever just sit and wonder about the stories behind the people you meet day by day?

Does it make you feel grateful, in a weird way, for your life and problems?”

This idea expressed seems to be one that Dave resonates with and seemed to enlighten him as an individual.

Learning To Deal With Life’s Dramas

‘Where most would see a problem, I'm seeing an opportunity" - Dave

A change can be marked in Dave’s perspective, and this can be seen from how he thinks in the final song of the album ‘Drama’. Dave uses a cyclical structure in his album by using a different perspective of pain to the beginning of the album. His mindset changes from;

“I thank God for the pain because it made me this.” - Dave

Dave still sees his struggles through his upbringing as the leading force as to what made him the person he is today, but rather than wallow in the negative life he has lived, he has been healed to see his hard-times as a learning experience. This is a key lesson for all of us!

In addition, Dave seems to accept responsibility for his life by this point of the album, the first song ends with;

Whilst one of the final lines in the closing song is;

“I tell my circle the future’s ours, we’re shaping it”.

Dave changes from feeling controlled by his life, to feeling in control of his life. His ability to share this information with his ‘circle’ shows his newfound confidence in his life, and a deeper level of maturity.

The lesson this album teaches is that no matter how bad a situation appears to be, ultimately, it is the perspective of the individual that is capable of changing that situation and Dave’s ability to accept total responsibility of his future, change his perspective, and become independent gives him the true mark of a legend. Here is his performance at the 2020 Brit Awards of his powerful song "Black"

About the Author: Kavish Bhopal

A student who is currently undertaking his A-levels, I enjoy sharing my experiences to help others self-improvement as well as developing my own thoughts on topics and subjects.