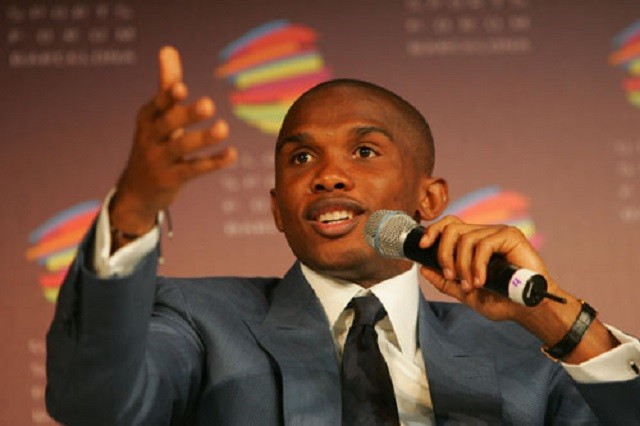 
The tirade of terrorist group Boko Haram, (meaning "Western education is forbidden") has caused untold carnage to innocent men, women and children in Nigeria and Cameroon. Over 2 million people have been forced to flee their homes and since May this year, over 1,000 people have been killed.

Former Barcelona and Chelsea football player Samuel Eto’o has been using his resources and influence to set up Yellow Whistleblower FC to help as many people as possible escape the suffering, and to help children get educated instead of getting manipulated at a young age by terrorists.

This week, Eto’o spoke with CNN about his work;

"I was affected, like many of my African brothers, by Boko Haram. We haven't been affected by such horrors in a very long time… We are seeing these atrocities and we seem powerless.”

"It's frustrating but you can't be mad. I refuse to be ignorant. The only message that I want to give is that I want people to have easy access to education.”

It's a powerful example of a legend taking charge and doing something about a situation he feels strongly about rather than waiting for someone else to take the lead. It's a crucial trait of legends.

[whatsapp url="https://www.legends.report/samuel-etoo-helps-victims-of-boko-haram" title="Thought you'd like this Legends Report article, it's a great example of someone using their influence to effect powerful change and alleviate suffering...]