Rosa Parks - The Mother of The Civil Rights Movement 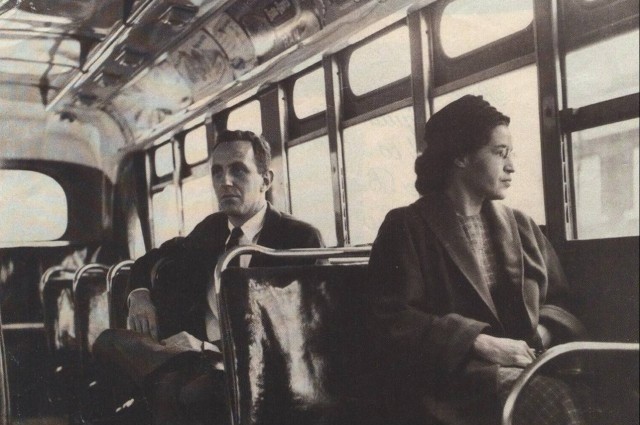 
Why did TIME magazine in 1999 recognise Rosa Parks as being one of the twenty most influential people of the twentieth century?

What qualities did she possess that enabled her to flout the United States segregation laws that required a woman of 'colour' to give up her seat on a bus if a white person did not have seating?

Standing Up For Justice

On December 1st 1955, when ordered to vacate her seat after a long working day, her action / inaction, and subsequent arrest, was the needed catalyst for the Montgomery Bus Boycott which lasted for a year and was led by none other than the Rev. Martin Luther King Jnr.

It was one of the catalysts for the Civil Rights Movement in the USA being born.

There is no doubt that Rosa Parks was a very courageous woman.

It is possible however, as stated by Victor Hugo that:

“All the forces in the world are not so powerful as an idea whose time has come.” 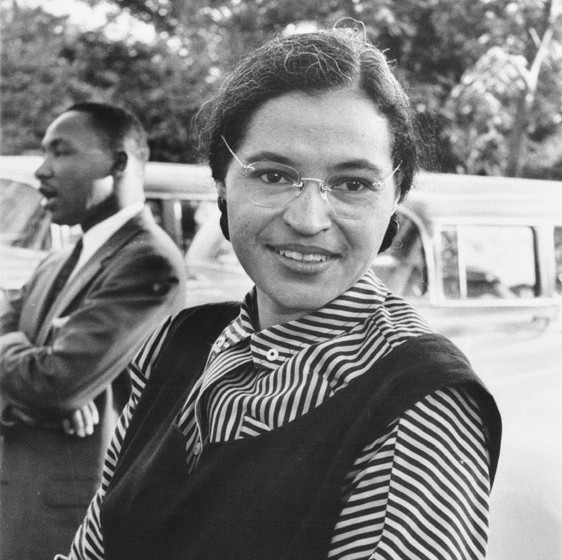 That “idea” was when the sheer force of the human spirit, and the fire in the belly of Rosa Parks said...and I quote:

“People always say that I did not give up my seat, because I was tired, the only tired I was, was tired of giving in.”

She could not betray herself or others any longer. She needed to ‘walk her talk’ and on that day; this seamstress of 42 years of age was empowered to stand up, (or should that be stay seated) for justice, self-respect and respect for others, in the spirit of our shared humanity and the ethos of equality...

In this case “cometh the hour, cometh the woman”...using poetic licence to alter an old phrase.

Rosa Parks is now known as the ‘Mother’ of The Civil Rights Movement.

She is further quoted as saying,

“I would like to be known as a person who is concerned about freedom, equality, justice and prosperity for all people… I have learned over the years that when one’s mind is made up, this diminishes fear, knowing what must be done diminishes fear…You must never be fearful when you know what you are doing is right.”

Today we salute her as a true everyday legend who stood up for what is right and inspired a generation with her courage. For more on Rosa Parks, click here...

[interaction id="5664536ab8db3ddc5edeebbd"] [whatsapp url="https://www.legends.report/rosa-parks-the-mother-of-the-civil-rights-movement" title="Thought you'd like this Legends Report article, it's about a woman who's courage created more freedom, equality and justice for all...]