Roger Moore - A Charming Man Who Struggled For Confidence With Women 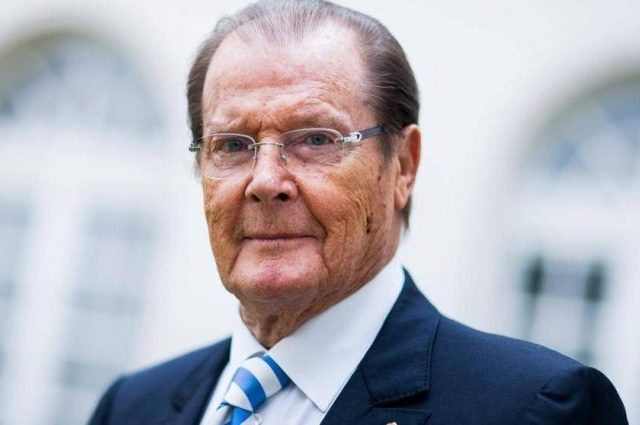 There is more to confidence than the way we act. Successful people are not exempt from their own fears and insecurities.

In May this year, we sadly saw the death of actor and James Bond legend; Sir Roger Moore. He was aged 89 and left a legacy of, not only starring in 7 James Bond films and TV shows, but also as an ambassador for Unicef. As a sophisticated, internationally-recognised film star and multi-millionaire, knighted for his contributions to charity, it may surprise you to know that he was never that confident with the opposite sex. Having grown up seeing him as such a charismatic persona, I was certainly shocked! 😉 In an interview with the Telegraph in November 2016, he shared more around his experiences with women as a boy and a man...

“In my teens I was very insecure. And so I invented Roger Moore. I was possibly shy. I don’t know why some people are shy and some aren’t. Some people blush very easily.”

When asked about whether he was confident with girls growing up:

“No, no, I was not very self-confident with them. I got lucky occasionally,” he says, a growl of the old roué entering his tone. “But with a lack of confidence.”

The Impact of His Father On His Confidence

“I was probably a little bit overweight as a child, being passionate about baked beans on toast and Cadbury’s milk chocolate when I could get it. And I remember my father sort of pulling the belt of my blue schoolboy’s raincoat rather tight when we were going out and saying, 'you are like a sack of bloody potatoes, tied up and ugly in the middle’. I think the insecurity probably came from that.”

He Admits He Could've Learnt More About Relationships

“Well, I don’t think I learnt too much, otherwise I wouldn’t have been married four times. What I have learnt, I always jokingly say, is that you should have the last word, which is, 'Yes, dear’.”

“I’m not argumentative, I loathe tension. I would rather walk away than become involved in a shouting match.”

What is clear from Roger Moore's own personal reflections is that, although he appeared suave and sophisticated on screen, he had his own struggles with confidence and relationships in his personal life off it; having been married four times.

This reveals the reality of the work required in any relationship regardless of how rich or famous we are. There is no quick-fix to building meaningful relationships with others and it's necessary to face our own personal demons in order to become more loving, trustworthy and indeed trusting of those closest to us.

Sir Roger Moore is someone many of us have looked up to as a role model of the perfect gentleman. Yes, he had his weaknesses, just like the rest of us, but there are a lot of things we can learn from the way he lived his life. For instance his passionate desire to give back to the most vulnerable children in society through his work with children's charity Unicef, which shows how we can use our career success for social good.

"Teach love, generosity, good manners and some of that will drift from the classroom to the home and who knows, the children will be educating the parents."

You can read more about Roger Moore's own personal experiences with women in this fascinating Telegraph article.

To learn more about Roger Moore's legacy from his work with Unicef, then check out this article with an inspiring video revealing what his volunteering taught him.

Share any tributes to Sir Roger Moore in the comments below...