Skip to content
Roger Federer & The Power of Community

Roger Federer & The Power of Community 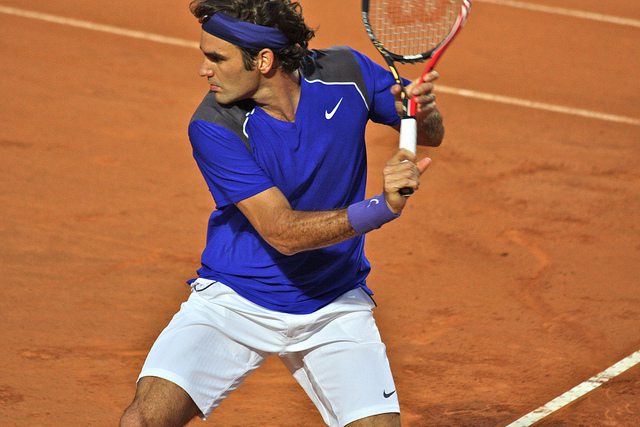 Many legends really care about giving back and making a difference, no matter what their industry or profession is. Roger Federer is no exception.

He balances his amazing success as one of the world's top tennis players by giving back in a big way, through the Roger Federer Foundation: an organisation that aims to provide an education to a million children by 2018...

Roger is not only a donor, but has also invested time and energy visiting some of the schools the organisation supports. The video below shows a visit to a pre-school in Malawi, where he really spent time with the children: cooking porridge, carrying the plates, kneeling on the floor while they learn and sitting patiently while several kids ruffled his hair incessantly. All of this investment and care from Roger seems to make him evidently happy and fulfilled.

However, as influential as he is, it doesn't just take one successful person to create change, there are many heroes (legends!) in the story, such as ActionAid Malawi. As Roger says in the video:

"...really impressed at the community here, because it's the driver: so committed to improving their own village, helping their kids for a better future and making it sustainable at the end of the day. That's most important: that this is an ongoing thing... and hopefully forever."

Creating truly sustainable change is impossible to do alone, it takes a network of people who really care are work together.

That is one of the reasons why we have started The Legends Report and The Legends Golf Network: to learn from legends past and present to help inspire and bring together future legends, such as yourself.

If you were to embark on a sustainable community project in your area, or area of interest, what would it be?

[whatsapp url="https://www.legends.report/roger-federer-and-one-committed-community" title="Thought you'd like this Legends Report article, it's about the power of a community coming together to support sustainable change..." ]