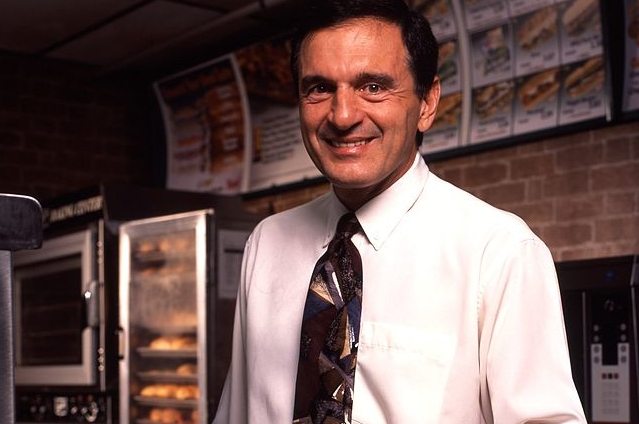 You may not have heard of Fred DeLuca but I’m pretty sure you have heard of some of his restaurants! Fred DeLuca was the co-founder of Subway, one of the biggest restaurant chains in the world. DeLuca tragically died on September 14th 2015 after a 2 year battle with Leukemia, but he certainly left a massive legacy with his achievements.

Born into humble beginnings in Brooklyn, New York (like Starbucks CEO - Howard Schultz), DeLuca originally thought his way to success would be through education and in 1965 he made plans to enter medical school. In order to be able to fund it he set up a sandwich shop which was later to become Subway.

What really helped Subway to grow was DeLuca’s courage to take a risk - when the first shop was struggling, he had the courage to open the second one and when things started to improve, he opened his third!

Like all great entrepreneurs, he knew that he couldn’t do it all by himself and so he invested heavily in training his people. When they became proficient, he then promoted them to become ‘development managers’ and train other franchisees in the area. As DeLuca said to the Independent newspaper:

"There was no way a company like ours could have added so many people and so many locations simultaneously without those development agents."

DeLuca knew that if he treated people well and gave them the appropriate incentives, they would naturally repay his faith in them.

DeLuca left the legacy of a well-loved chain with over 44,000 restaurants in over 100 countries, employing thousands of people. In the USA alone, it has more restaurants than McDonald’s! His charitable foundation provides grants to many children to give them a better start in life, amongst other initiatives that are involved in helping local communities. Not bad for a young man who started something with the intention of supporting himself to become a doctor!

We wish his family well in these difficult times. Rest in peace Fred DeLuca.

Feel free to leave your tributes to him below...

[whatsapp url="https://www.legends.report/rip-fred-deluca-the-accidental-billionaire" title="Thought you'd like this Legends Report article, it's about a tribute to the legacy of Fred DeLuca, co-founder of Subway..." ]