Reap a Destiny - 16 Quotes From Benjamin Franklin On Life & Success 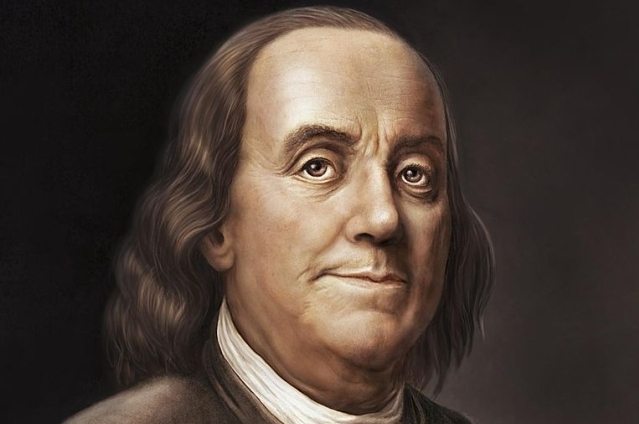 
Benjamin Franklin achieved some remarkable things in his lifetime across various endeavours, not only just in politics and civic action. He was a prodigious inventor and his numerous inventions include the lightning rod, bifocals and the Franklin stove. Franklin held several prominent posts during his career and was instrumental in getting French assistance during the American Revolution. He was in the Committee of Five that drafted the U.S. Declaration of Independence. Franklin was also among the leading writers of his time and is famous for his Poor Richard’s Almanack.

So there are some incredible lessons we can take away from this renaissance man to then apply in our own lives, careers and businesses. Here are 16 quotes from a true legend on life and success...

On Living Vs Existing

"Your net worth to the world is usually determined by what remains after your bad habits are subtracted from your good ones."

"It takes many good deeds to build a good reputation, and only one bad one to lose it."

"Be at war with your vices, at peace with your neighbours, and let every new year find you a better man."

On The Value of Personal Growth & Self Knowledge

"An investment in knowledge pays the best interest."

“Without continual growth and progress, such words as improvement, achievement, and success have no meaning."

"There are three things extremely hard: steel, a diamond, and to know one's self."

"From a child I was fond of reading, and all the little money that came into my hands was ever laid out in books."

"Being ignorant is not so much a shame, as being unwilling to learn."

"The doorstep to the temple of wisdom is a knowledge of our own ignorance."

"Write your injuries in dust, your benefits in marble.”

"By failing to prepare, you are preparing to fail.”

"Tell me and I forget. Teach me and I remember. Involve me and I learn."

"Diligence is the mother of good luck."

There is some absolute timeless wisdom here, which quote resonated with you the most and why?

Jesse Owens – The Olympian Who Stood Up to Hitler

Dr. Martin Luther King – “I Have a Dream”