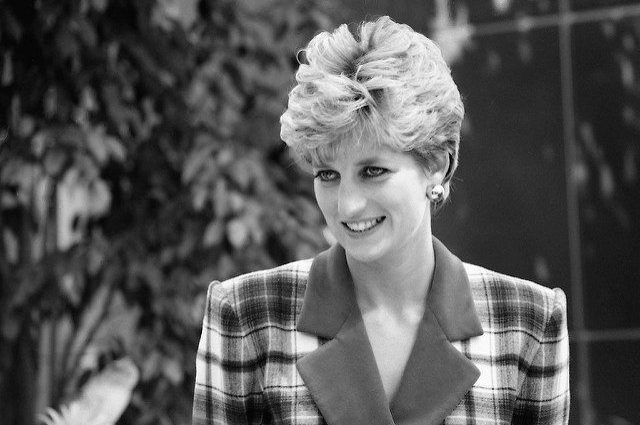 As demonstrated by the late Princess Diana, helping others is proven to significantly benefit emotional well-being and self-fulfillment.

Twenty years after her tragic death in 1997, Princess Diana’s life continues to have the capacity of inspiring others today. Despite being renowned for embodying a real-life fairytale princess (with the ethereal beauty and iconic fashion to match), her most inspirational trait was not her flawless aesthetic, but instead her resilient quest for happiness and fulfillment, even in the face of the complex and damaging issues in her private life.

Regardless of her privileged position, Princess Diana, like many of us, often encountered difficulty, especially in regards to the deterioration of her mental health and her battle with bulimia. However, instead of allowing her situation to confine her to the palace walls, she used her position of power to help others and, surprisingly, move towards recovery herself:

“When I used to sit on hospital beds and hold people’s hands, when I saw the reassurance that gave, I did it everywhere.”

Princess Diana discovered that her passion for charity work, especially that which involved engaging with people 'outcast from society', gave her powerful ammunition against feelings of unworthiness. As stated by Patrick Jephson, the princess's private security guard, witnessing the joy she could bring to others soon resulted in the steady improvement of Princess Diana’s mental health.

“Just knowing that what she did was needed, that what she was doing was worthwhile, gave her a great sense of fulfillment.” - Patrick Jephson

Charity work, volunteering and simple acts of kindness are methods of recovery recommended by mental health professionals to this day. According to studies carried out in 2007, 2008 and 2013, benefitting others can significantly improve mood and mental well-being. Prince William and Prince Harry have also adopted this method by launching their mental health charity Heads Together. They too, maintain that working in charity allowed them to combat their own issues and strongly believe in the power of helping others.

“There is good evidence that volunteering can have a positive impact on both the recipient and the volunteer themselves in terms of improved self-esteem, well being and social engagement.”

We Can All Make a Difference

Although we may not all be in the position to dedicate the same time or money as Princess Diana and the Princes have, we can all adopt simple, yet effective methods of benefitting others in order to live happier and more fulfilled lives.

As a starting point, think about what you are passionate about. What do you see on the news that makes your blood boil? What can you do to change that? By yourself, you may not be able to do much, but imagine if you were able to build the community and influence where you could do more. An exciting prospect, right?

We all have the capacity of achieving great things, including our own happiness and fulfilment. The example of Princess Diana shows us that engaging in positive change helps us deal with negativity in our lives. Once we decide to follow our passions and connect with others who feel the same way, a whole world of opportunity opens up to us.

Quotes taken from this candid account of Princess Diana's life on Channel 4 (available for viewing until 4th September 2017).