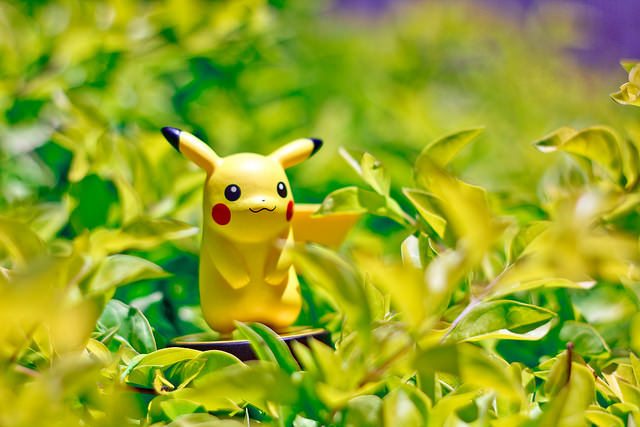 
"It takes 20 years to make an overnight success." - Eddie Cantor

Recently you may have heard about Pokémon GO - a smartphone game that seems to have been a global overnight success when it was launched on 6th July 2016. With more than 10 million downloads in the first week it is already generating $2 million a day! (around £1.5 million). Did you know, however, that this global phenomenon was the result of a 20-year journey travelled by serial entrepreneur and former Google employee John Hanke? Like all legends, Mr Hanke followed some well established principles to achieve legendary success since his first programming experiments as a student in 1996.

He Found, Followed & Nurtured His Passion

John Hanke's passion has been mapping the world - he originally had the vision of enabling people to tour the globe from the comfort of their computer desk. This saw him bringing his vision to life with the creation of what is now known as Google Earth. As time went on his passion developed into that of 3D gaming. In short, his passion unfolded through pushing boundaries and the experience of bringing his visionary ideas to life.

He Recruited His Team Through Real-Life Projects

John Hanke was responsible for leading the Google Geo team for 6 years between 2004 - 2010. In this time, Mr Hanke and his team created Google Maps and Google Street View. What a brilliant way to see what people were actually capable of at a company that was attracting some of the best minds in the technology sector?!! At Google he had an amazing opportunity to build relationships with the best in the business and bring them over to his company Niantic at the start of 2016 to create Pokémon GO. Imagine what would have happened if he recruited people he didn't know or trust... do you think the app would have been completed and launched as quickly as it was?

He Secured Funding From Established Relationships

When he needed funding for the idea of Pokémon GO, John Hanke didn't go out there pitching to strangers who he had to convince of a new idea! He started with his former employer; Google and through that relationship was able to secure a total of $25 million (around £19 million) from a collective that also included Nintendo, the Pokémon Company and other investors. It has already proved to be a savvy investment, with Nintendo's share price increasing by more than 50% in a week due to the successful launch of Pokémon GO.

There Is No Such Thing As An Overnight Success!

John Hanke's story shows us once again that legendary success is never created overnight! Instead it's about having the discipline to consistently work towards a vision day-in and day-out with the right team.

Lionel Messi is another example who took "17 Years To Be an Overnight Success" and "Elon Musk Made $14 Billion In a Week" because of many years of work...

To learn more about John Hanke's incredible 20-year journey to the launch of Pokémon GO, check out this insightful LinkedIn post by Roger Hamilton.

So You’ve Got Your Million Dollar Design Idea – Now What?

How Depression Helped a Law Student Build a $300 Million Business

The Rags to Riches Rise of Google’s CEO

Why Those Success Books Never Really Work For You