Skip to content
Overcoming Our Personal Demons – The Myth of Orestes

Overcoming Our Personal Demons - The Myth of Orestes 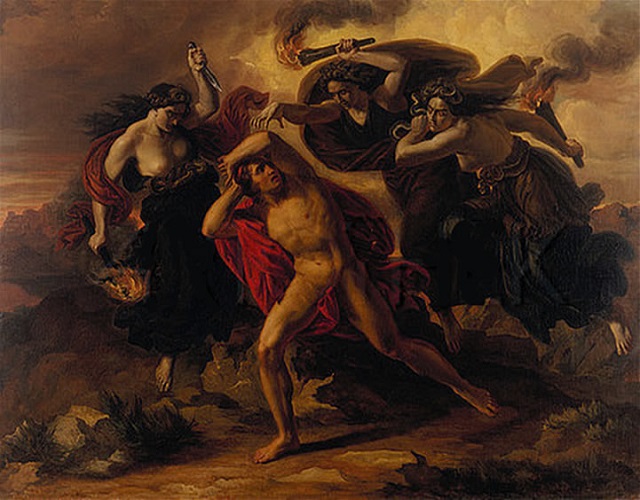 
Dr M. Scott Peck was a renowned psychiatrist and author of one of the most foundational books on personal growth, The Road Less Travelled. It essentially chronicles what he learnt about life, through his experiences with his patients. He explores questions on the true nature of love, why self-discipline is an essential ingredient of a healthy life, and how to overcome our biggest challenges.

In the chapter on overcoming mental illness, towards the end of the book, he shares a powerful story on what it means to truly grow up, to truly take responsibility for our lives. He relates the legendary Greek Myth of Orestes and the powerful lessons it contains for all of us....

The Myth of Orestes and the Furies

Orestes was the grandson of Atreus, a man who had viciously attempted to prove himself more powerful than the gods. Because of his crime against them, the gods punished Atreus by placing a curse upon all his descendants. As part of the enactment of this curse upon the House of Atreus, Orestes' mother, Clytemnestra murdered his father and her husband, Agamemnon. This crime in turn brought down the curse upon Orestes' head, because by the Greek code of honour a son was obliged, above all else, to slay his father's murderer. Yet the greatest sin a Greek could commit was the sin of matricide (killing one's mother). Orestes agonised over his dilemma. Finally he did what he seemingly had to do and killed his mother. For this sin the gods then punished Orestes by visiting upon him the Furies, three ghastly harpies who could be seen and heard only by him and who tormented him night and day with their cackling criticism and frightening appearance.

Pursued wherever he went by the Furies, Orestes wandered about the land seeking to atone for his crime. After many years of lonely reflection and self-abrogation Orestes requested the gods relieve him of the curse on the House of Atreus and its visitations upon him through the Furies, stating his belief that he had succeeded in atoning for the murder of his mother. A trial was held by the gods. Speaking in Orestes defense, Apollo argued that he had engineered the whole situation that had placed Orestes in the position in which he had no choice but to kill his mother, and therefore Orestes really could not be held responsible.

At this point Orestes jumped up and contradicted his own defender, stating "It was I, not Apollo, that murdered my mother!" The gods were amazed. Never before had a member of the House of Atreus assumed such total responsibility for himself and not blamed the gods. Eventually the gods decided the trial in Orestes' favour, and not only relieved him of the curse upon the House of Atreus but also transformed the Furies into the Eumenides, loving spirits who through their wise counsel enabled Orestes to obtain continuing good fortune.

The meaning of this myth is not obscure. The Eumenides, or 'benignant ones,' are also referred to as the 'bearers of grace.' The hallucinatory Furies, who could be perceived only by Orestes represent his symptoms, the private hell of mental illness. The transformation of the Furies into Eumenides is the transformation of mental illness into good fortune. This transformation occurred by virtue of the fact that Orestes was willing to accept responsibility for his mental illness. While he ultimately sought to be relieved of them, he did not see the Furies as an unjust punishment or perceive himself to be a victim of society or anything else. Being an inevitable result of the original curse upon the House of Atreus, the Furies also symbolise the fact that mental illness is a family affair, created by one's parents and grandparents. But Orestes did not blame his family - his parents or his grandfather - as he might well have. Nor did he blame the gods or 'fate.' Instead he accepted his condition as one of his own making and undertook the effort to heal it. It was a lengthy process, just as most therapy tends to be lengthy. But as a result he was healed, and through this healing process of his own effort, the very things that had once caused him agony became the same things that brought him wisdom.

All experienced psychotherapists have seen this myth acted out in their own practices and have actually witnessed the transformation of the Furies into the Eumenides within the minds and lives of their more successful patients. It is not an easy transformation. As soon as they realise that they will ultimately be required by the process of psychotherapy to assume total responsibility for their condition and its cure, most patients, no matter how eager for therapy they initially appear to be, will drop out.

Those who have faced their mental illness, accepted total responsibility for it, and made the necessary changes in themselves to overcome it, find themselves not only cured and free from the curses of their childhood but also find themselves living in a new and different world.

What they once perceived as problems they now perceive as opportunities. What were once loathsome barriers are now welcome challenges. Thoughts previously unwanted become helpful insights; feelings previously disowned become sources of energy and guidance. Occurrences that once seemed to be burdens now seem to be gifts, including the very symptoms from which they have recovered. "My depression and my anxiety attacks were the best things that ever happened to me," they will routinely say at the termination of successful therapy...

Taking Responsibility for Our Lives

Wherever we are in our lives, and whatever challenges we face, there can often be a great temptation to look outside of ourselves and blame others or circumstances for our problems. What this humbling tale shows us, is that true freedom lies in us taking control of our lives, in taking responsibility for our own challenges, and doing what we can to overcome them. This is what all true legends do at their root, and responsibility is a fundamental principle of life. Nelson Mandela was locked up for 27 years, yet he emerged with more power and influence than any other South African; he no longer blamed his captors - he experienced true freedom, through the power of forgiveness.

When you look into the lives of any true legend, they truly become great once they have assumed full responsibility for their lives, and the path they are on.