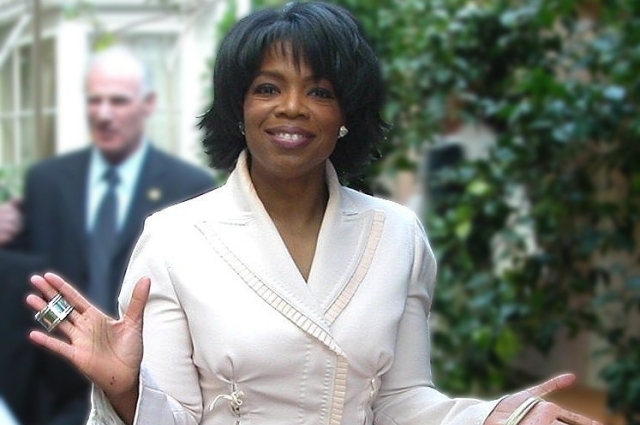 Photo by Alan Light / CC BY 2.0 via Wikimedia Commons


Over the course of her career, Oprah Winfrey has become a billionaire and one of the most influential people in television. She now owns her own TV network and is producing shows that reveal the best qualities of people across the planet. Recently she was interviewed by LinkedIn CEO; Jeff Weiner, and shared the 'aha' moment that caused her to question everything about the direction of her career and her life as a whole.

This actually came when featuring the Ku Klux Klan on her show. She thought that she could change their views and increase her show’s ratings in the process. However, she realised in the middle of filming that the KKK had a clearer view on why they were involved with the show. She admitted her naivety:

Yes, she could increase her level of career success through increasing her show’s ratings, but she would be promoting something she didn’t believe in. This realisation completely shifted her paradigm from using her TV career to become richer and more successful to using it to become a ‘force for good’. This complete change in outlook changed the mandate for her team on what to feature, and more importantly, what not to feature.

“I told them we are now going to become an intentional television show. We are only going to do shows that come from a motivation to show people the best in themselves.”

Suddenly it was no longer the motivation of becoming popular that drove her, but ironically this decision actually made her more successful! Doing the right thing in a competitive and cut-throat industry bucked the trend, but actually revolutionised her career.

What About Your Own Career?

How many of us have the simple motives of wanting to be more popular, get promoted and earn more money when making career decisions? Oprah’s example shows us that we can do what we believe in, be successful and give back all at the same time. This change was only possible by her examination of the situation with the KKK - rather than feeling violated and manipulated, she changed her perspective and this transformed her levels of success. Transforming your perspective on something is a fundamental principle of life and enables us to completely transform the way we do things, as Oprah has shown us.

Check out the interview with Oprah here.

What do you think of Oprah's paradigm-shifting experience?

[whatsapp url="https://www.legends.report/oprahs-career-transforming-eureka-moment-from-the-klu-klux-klan" title="Thought you'd like this Legends Report article, it's about how you can go for success, give back and be true to what you believe at the same time...]