The One Ingredient That Transformed Novak Djokovic’s Fitness 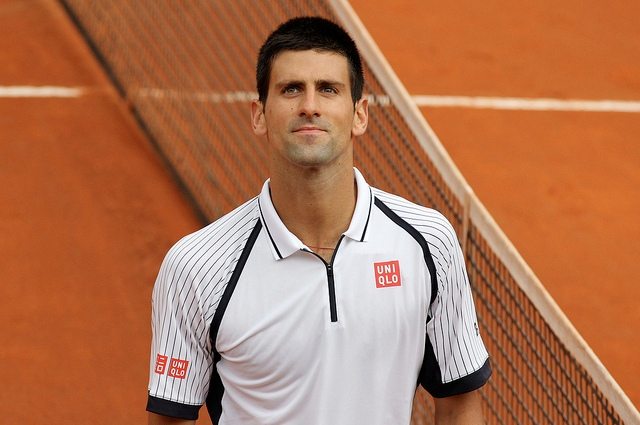 
In January 2016 Novak Djokovic won his 6th Australian Open title, and he did it by blowing away the number two player in the world, Andy Murray. He’s also the current holder of the U.S. Open and Wimbledon titles, and some commentators are saying he may become the greatest player ever, and even surpass Roger Federer!

As well as being a technically brilliant tennis player, Novak Djokovic is also known for being a warrior on court by never giving in, whilst displaying incredible stamina and flexibility.

However, it has not always been like this. Mr Djokovic used to frequently crumble in matches. His chest would tighten up, his legs would start to feel like concrete blocks, he’d have to call for a toilet break so he could run off court and vomit.

He was mocked as unfit by his peers.

“I think he’s a joke, you know, when it comes down to his injuries” said Roger Federer.

However, Mr Djokovic would not give up, he was determined to be the best tennis player he could be. He trained harder and harder and was determined to get fitter. He started training in 90 degree heat in the Middle East in order to help him deal with what can be stifling on-court conditions.

Yet still he would have these mid-match collapses.

On one such occasion in 2010 against Jo-Wilfried Tsonga, Dr Igor Cetojevic, a Serbian nutritionist was watching on TV and was certain that Mr Djokovic’s problem was caused by food intolerances.

He offered Mr Djokovic a consultation. Dr Cetojevic found that Djokovic was intolerant to wheat, dairy and a little sensitive to tomatoes. This was a boy who grew up around his parents’ pizza parlour so if he wanted to succeed it was going to mean a whole lifestyle change for him.

Novak Djokovic embraced it vigorously and said “It wasn’t a new training program that took me from being a very good player to the best player in the world in just eighteen months. It wasn’t a new racquet, a new workout, a new coach, or even a new serve that helped me lose weight, find mental focus, and enjoy the best health of my life. It was a new diet."

“Some sportswriters have called my 2011 season the greatest single year ever by a professional tennis player. I won ten titles, three Grand Slams, and forty-three consecutive matches. And the only thing I’d changed was what I was eating."

Now a gluten-free diet isn’t the cure for everyone, as we are all different, but what we can learn from Mr Djokovic is that he took time to analyse what was wrong; tried different approaches to fix it, and even though it was something of a quirk of fate that Dr Cetojevic was watching the match that day, when the doctor got in touch, Novak was open-minded and willing to listen and follow this doctor’s advice.

Being Open To Advice

I’m willing to bet that you are more likely to achieve your goals if you’re feeling energised, so take a moment to assess how you feel at the moment, and search for ways to improve.

Do I need more sleep? Do I need to change what I eat and when I eat it? Do I lead an active or sedentary lifestyle? Do I wake up full of beans and raring to go or do I feel like a grizzly bear emerging from hibernation?

True legends know that getting the basics right is the key to success in any endeavour. There are principles of health, just like principles of life, and the right diet is just one of them, whilst good hydration and oxygen are others. When we want to succeed in any area of our lives, the key can often be found in the simple things that we overlook, and when someone's wisdom and experience heralds a correction, in whichever area applies to us -  it can make all the difference.

For more on how Novak Djokovic turned things around through changes in his diet, then check out these articles in the Independent and ESPN. You may also be interested in Novak Djokovic's book written about this.