Skip to content
Nature And Nurture: We Are Not Just Connected To Nature, We Are Part of It

Nature And Nurture: We Are Not Just Connected To Nature, We Are Part of It 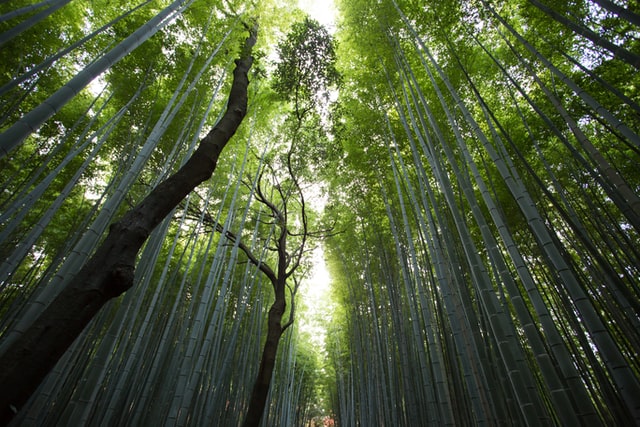 Photo by James Ortego at Unsplash

“All was stilled. I was looking at the hyacinth, and as I gazed at the form of its petals and the strength of their curve as they open and curl back to reveal the mysterious flower-centres with their anthers and eye-like hearts, abruptly I found that I was no longer looking at it, but was it; a distinct, indescribable, but in no way vague, still less emotional shift of consciousness into the plant itself. Or rather I and the plant were one and indistinguishable; as if the plant were a part of my consciousness. I dared scarcely to breathe, held in a kind of fine attention in which I could sense the very flow of life in the cells. I was not perceiving the flower but living it.”

As Kathleen Raine demonstrates in the quote above, there is far more to be gained from connecting with nature than pretty greenery and birdsong: we actually interact with nature to the benefit of our physical, mental, emotional and spiritual wellbeing. There is little difference between the atoms that make up the trees outside, the birds that sit in the trees, and our human bodies. Therefore, we do not inhabit the earth: we are part of it. In the fourth article of the Nature and Nurture series, we’re exploring symbiotic relationships in the natural world, and what we can learn from the way nature operates.

“Learn from nature. See how everything gets accomplished and how the miracle of life unfolds without dissatisfaction or unhappiness.”

The start of February is celebrated as Imbolc, an ancient Celtic tradition that marks the halfway point between the winter solstice (Yule) and the spring equinox (Ostara). Today, it is widely observed by pagans and eco-spiritualists across the globe. To me, it is a time to notice the earliest signs of spring. As I observed the very first waxy buds of new life this year, it occurred to me that nature achieves everything it needs to achieve without hurrying. It ambles through the seasons, reaches its peak at high summer, and then it winds down to rest. We know with certainty that in spring every year, the earth will once again emerge from its winter rest, the soil will warm up and new shoots will appear. Animals will come out of hibernation and begin their instinctive behaviours to support the survival of their species. Nature’s nature is cyclical, and just as slowly as it emerges in spring, it retreats in the autumn and the earth returns to rest so that it can emerge renewed once more.

This cyclical pattern is reflected in the way the hours of daylight reach their peak in mid-summer and then shorten as winter approaches, the way the sun reaches its highest peak and then retreats throughout the day, and even in our own circadian rhythms. The term “circadian” is derived from the Latin terms for about (“circa”) and day (“dies”), and is otherwise described as the biological changes that occur in plants and animals (yes, even humans!) through each 24-hour cycle, affecting sleep-wake cycles and alertness, body temperature and our digestive systems. These physiological changes are caused by the natural environment around us. Just as flowers respond to natural light, opening and closing to maximise or conserve their energy, humans are naturally more active during the daylight hours than after sunset: the rising and the setting of the sun gives our bodies signals to speed up or slow down. This is why, as the hours of daylight lengthen at this time of year, we might feel a renewed sense of vigour. We are part of nature, and we too are beginning to emerge from a winter’s rest.

The very word ‘spring’ is full of life. Every meaning of the word denotes movement and vitality. Spring is a time to dust away from the cobwebs (who doesn’t love a good spring clean?!) and breathe new life into projects and ideas. Whilst there is still a chill in the air, the birdsong is getting louder and the plants are slowly but surely coming back to life. Biologically, the increased light reduces the production of the ‘sleep hormone’ melatonin, leaving us with more energy to dedicate to the things that matter to us.

So, stand up, stretch, shake off the winter fog and see what new opportunities this season has for you. Spring is coming!

We are not just connected to nature by its influence on our physiological rhythms. We are connected to nature because we are part of it, an idea that is supported by the fact that all living things fit into three categories: flora, fauna, and fungi. Flora relates to the world of trees, plants and mosses, fungi to mushrooms and mycelia, and fauna to the animal kingdom. Since humans are undeniably living organisms, we fit firmly into the fauna category.

Furthermore, each and every one of us also plays host to other species in the form of the bacteria that live in and on our bodies, in much the same way that the mighty oak tree supports around 2,300 other species, and that’s not even including the array of microbiota that reside in its lofty limbs.

The symbiotic relationships between flora, fauna and fungi don’t end there. The oxygen that’s produced by flora as a by-product of photosynthesis is integral to the survival of fauna, and fungi form mycorrhizal relationships with flora to the benefit of both organisms. Of course, flora and fungi also provide sustenance to fauna, either directly or indirectly, via the natural food chain.

Seeing the entirety of life on earth reduced to the three categories of flora, fauna and fungi makes it far easier to view ourselves as another inhabitant of a rich and diverse biosphere. Every living thing on the planet is an organism made up of cells, from bacteria in the soil to non-human and human animals. When we appreciate that we are all essentially cut from the same cloth, it becomes easier to see ourselves as instinctive creatures that share a planet with a multitude of other instinctive creatures.

Animals communicate not just through vocal cues, but also through body language, smells, and touch. We can usually pick up on our non-human companions’ moods by observing these cues, and if we allow ourselves to open all of our senses, we can be almost telepathic in our ability to pick up on other human emotions, too.

For years, we have been fascinated by the concepts that bonded humans’ heart rates co-regulate, members of a close family can instinctively know when another family member is in need, and some twins have an almost sixth sense linking their emotions. In fact, research also suggests that when we are engaging with somebody through direct conversation or even shared physical activity such as walking, dancing or marching, our brainwaves synchronise. This is known as “inter-brain neural synchronization”, and it promotes cooperation and increases empathy and rapport.

This can be used to our advantage. We’ve all been in situations where the conversation is getting a little heated and the air feels heavy with frustration. Next time this happens, why not try a little synchronised activity to quite literally, get everybody on the same wavelength?

Throughout this series, we have looked at the inherent relationship we have with nature. It is clear that living alongside the earth instead of battling against it holds the double benefit of improving our wellbeing whilst also improving that of our planet. Nature is not weak and subordinate to us, nature is vital to our survival. We must work in synergy with it and nourish it as it nourishes us.

If you are interested in nature, wellbeing, and the connection between those two things, please get in touch. I would love to hear your thoughts!

About the Author: Naomi James

I am passionate about the wellbeing of the planet and humanity, and how those two things are linked. I believe that by creating healthy habits and practices, we can create change for the better, both personally and globally