Skip to content
Muhammad Ali: A Fighter For Freedom & Humanity 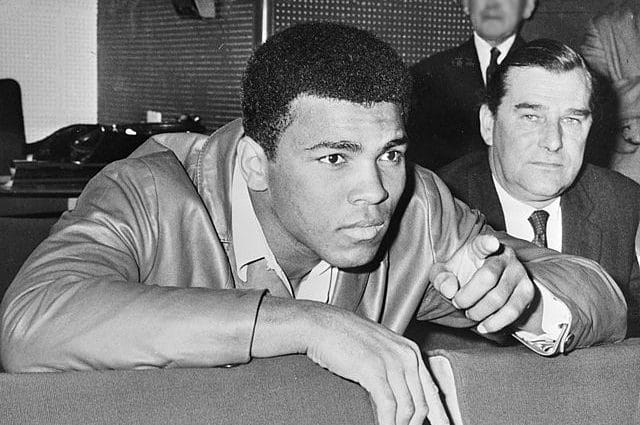 
It’s not merely stardom that makes a legend such as Muhammad Ali an everlasting icon.

We all as individuals may have the desire of leaving some sort of legacy behind. Ideally, one that is memorable and inspiring. Becoming a public figure and the fame that it brings is an aspect which a lot of celebrities have dreamt of and eventually achieved, especially in the world of showbiz and sports. Though becoming a truly legendary figure is a much greater accomplishment that very few are privileged to hold.

Muhammad Ali can, in many people’s eyes, be held up as a perfect example of this - someone who fought fearlessly for the greater good, giving stardom and fame a new meaning and perspective.

Having touched the lives of billions, Muhammad Ali was one of the finalists in the BBC’s search for the greatest person of the 20th Century - as part of a brand-new series ICONS. An individual who truly defined being ‘The Greatest’ and never backed down:

“You lose nothing when fighting for a cause; losers are those who don’t have a cause to fight for.”

Standing Up For Your Rights...It Matters Because You Matter!


Rights and Beliefs. We all expect our rights and beliefs to be honoured and valued. Though in this day and age, many seem to be content with this not happening even if it means having to make do with certain situations like social and political flexibility or the occasional inaccurate accusations and fake news happening everywhere. Muhammad Ali was one of those legends that felt ‘silence’ was not an option. Even though he had won over many hearts, he still felt his rights and beliefs were somehow being disregarded and overlooked as a black man. Known as ‘The Champ’, Muhammed Ali revealed:

“Now I had won the gold medal. But it didn’t mean anything, because I didn’t have the right colour skin”

In contrast to our current modern era, with celebrities having very little to deal with - i.e. more freedom and enjoyment of their achievements than political struggles - the former world heavyweight was having to tackle all sorts in his heyday. This caused him to go beyond the boundaries of stardom, take daring risks and even breaking certain rules of society by tirelessly defending the black racial community, refusing to fight in the Vietnam war and giving up his boxing career at the very peak of his success.

“Impossible is just a big word thrown around by small men who find it easier to live in the world they’ve been given than to explore the power they have to change it.”

Nowadays, we would often see successful people preferring to lay low and settle matters financially just to maintain their supposed 'good' reputation. Whereas Mr Ali willingly gave up everything for the devotion he had towards his beliefs, morals and ethics in line with principles. Unlike some celebrities, he happily accepted imprisonment, took on the risk of possibly never achieving the same glitz and glamour again as well as the constant scrutiny from the conservative white press and the US government. The iconic athlete said:

Through his inspirational stories, quotes and religious sayings that were often taken from his new converted faith in Islam, Mr Ali demonstrated to the world that every individual matters and has worth. As well as that one should appreciate a person for who they are and what they believe in, regardless of whether they are a public figure or from a certain background. He expressed a lot of this by being friendly and sincere towards almost everybody he met, delivering the message of unity and compassion. 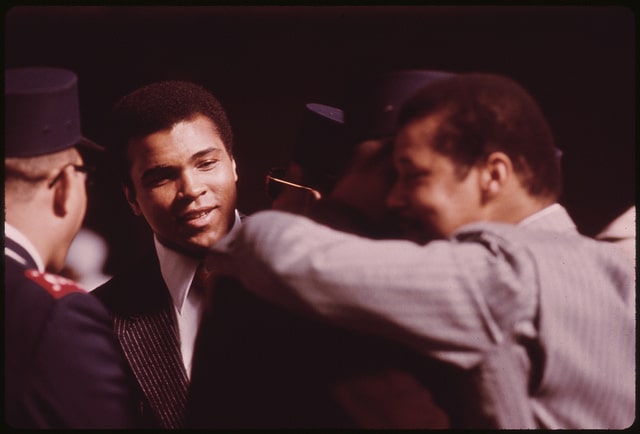 Being a Voice For Others


With the 1960s and 70s being a period of discrimination and prejudice for black people, Muhammad Ali became a saviour for them in any way possible declaring in a speech in Louisville:

“I know I got it made while the masses of black people are catchin’ hell, but as long as they ain’t free, I ain’t free.”

Through his witty, yet frank sayings, his victories and TV appearances, the Louisville native echoed black people's woes with the constant reminder that the world needs to change and be a much fairer place, where everyone is treated equally and at harmony with one another:

“Hating people because of their colour is wrong. And it doesn’t matter which colour does the hating. It’s plain wrong.”

“I may not talk perfect white talk type English, but I give you wisdom.”

The cultural legend saw his status and stardom as a ray of hope when it came to highlighting controversial, political and social issues. The then dominant amateur boxer grasped every opportunity to do what he could - even if it meant upsetting the conservative government in America - a move which is a rare sight at this given time.


As a matter of fact, during the Vietnam War, Muhammad Ali flatly refused to have any cooperation with the army, infuriating the conservative establishment to its core.

Throughout his lifetime, this everlasting icon has illustrated to the world that it's best to morally do the right thing even if it involves having to sacrifice a lot, since sooner or later justice will triumph. It’s very easy to assume that only fame and recognition could just be what it takes to create an epic yet unique legacy. In reality, it can take much craft and effort: sacrifice, willpower and determination. We humans easily forget the endless struggles and hardship one bears, only applauding or appreciating them once they reach great heights - having absolutely no acknowledgement or interest in how they managed to obtain such historical success and yet expect to achieve the same standards. The reality is to achieve greatly, we must often suffer greatly if we want to truly make a difference. Muhammad Ali, we salute you.

VIDEO – What One Thing Would You Change About Your Body?

The Impact Surviving Cancer Made On These 7 Legends

11 Legendary Perspectives on Your Body and Health

The Tortoise and the Hare: A Fable (Part 1)